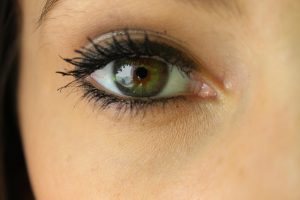 Walls must come down for us to see the Christ in one another.

Walls and the Paradox of Stability

Religion stabilizes our lives by giving us an identity.  It helps us know who we are who we are not.  Beliefs, traditions, rituals, and sacred places not only order reality in a meaningful way; they clarify with whom we belong and, by implication, with whom we do not.
At the same time, religion destabilizes our lives, transforming and moving us from familiar places and identities to embrace newness, including new people.  No wall that defines us stands forever.  Love wears down walls.

Where did Jesus stand?

We live in creative tension between the stability of identity and the instability of transformation.  One would assume that Christ stood in the middle, equally upholding identity and transformation.
He did not.  He leaned hard toward transformation.  Jesus preached that the first will be last and the last, first.  He derided and defied religious authorities for their scripturally based rules to maintain identity, including dietary requirements, Sabbath restrictions, and treating lepers, women, tax collectors, and Samaritans like second-class citizens.  He called outsiders first class and told gatekeepers they had no class at all.
Not that he abandoned stability and identity altogether.  He offered his life and teaching as the fulfillment of time-honored scripture, and he frequented Jerusalem’s Temple and hinterland synagogues.  But he identified himself with the greatest commandment – to love God with all one is and the neighbor as the self – and love brooks no barrier long.
After two millennia, the critical moment remains: The risen Christ dwells with us.  So do insiders and outsiders.  We erect walls, and religion cannot fairly assume all the blame.  Economic barons construct great walls as did Roman governors.  Every culture suffers PTSD from historical intrusions and abuses, leaving a legacy of suspicion toward outsiders.

The Power of Religion for Peace

With its creative tension between stability and transformation, religion has so much to offer.  Religion often fails, accommodating the powers that divide rather than speaking peace to them.  How fashionable now to reject religion for its failures.
And how blind to do so.  Frightened by memories, we close our eyes to Christ among us, still suffering, still frequenting sacred spaces and back streets alike, still teaching, still loving.  Christ still crosses waters to heal madmen, still calls down fools from trees to share a meal, still walks through the doors of death to reconcile us after all the damage we have done.  It happens every day right under our noses.  The story is far from over.
In a coffee shop, a lesbian with tattooed arms prays. She pleads under her breath for that mission field to which she heard a call before she ever faced the fact that church and culture would deny her so much.  She glances over and catches your eye.  Where is Christ in this picture?

Crossing a Line for Love
Peacemaker in the Family: A Salute and a Challenge
Three Dimensions of Peace and Peacemaking
Building the Bridge Across Loneliness
Pharoah’s Daughter: A Heroine of Peacemaking