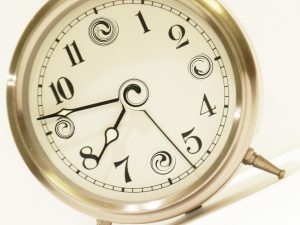 Blessed are you when people revile you and persecute you and utter all kinds of evil against you falsely on my account. Rejoice and be glad, for your reward is great in heaven, for in the same way they persecuted the prophets who were before you (Matthew 5:11-12).
If Jesus arrived on the American scene today, would his teachings and promises draw crowds as they did in Palestine two millennia ago?  Would his promises satisfy our yearning?  Would we care?
He did not offer a definitive proof for the existence of God.  He did not stop our violence, plagues, or natural catastrophes.  He did not purify us of all sin, double-mindedness, and stupidity.
He did not offer a map to heaven except perhaps his invitation to follow him, after which he died, ascended, and left us scrambling to find his back and navigate the same cruel terrain that killed him.  And to those who followed, he did not promise protection, but rather this blessing for suffering persecution.
Jesus did not live merely in chronos time, the disinterested tick-tock-tick-tock through the day, through a life, through history.  He lived in kairos time, that eternal now filling like a jug with life, as when God created the earth from chaotic waters.  In the moment on the timeline marked, “Christ,” God still gathered the residual chaos in an act of making all things new.
He called this newness the Kingdom of God, which sounds archaic to our ears but had a radical ring in his context.  In occupied land, everyone is homeless.  The occupied Jews lived in exile in their own country with no say about their destiny.  The occupying Romans held the reins there, but far from their home.  The empire made its outposts nice places to visit, but nobody really lived there.  Promising life under the reign of a merciful God flew in the face of social and political reality, or more precisely, the dominant illusion.
And for a while, the people loved his promise of a new kingdom, and even Roman centurions and prominent Pharisees seemed intrigued from time-to-time.  But who can bear such hope for very long?  Who can stand life in kairos time where the vortex stirred by God’s invisible and creative hand swallows human plans and schemes?
Oh, dear reader, forgive my error of writing in the past tense.  For this Jesus who rose from the dead abides with us here and now, something possible only in kairos time that gathers up the tick-tock-tick-tock of his life and ours in a schedule we don’t manage.  Like Romans, things work well enough on our calendar despite our homesickness, and we expect things to remain more or less the same like the ticking of the clock.  We expect to live without seeing the first become last and the last, first.
Can we really let this man live who interrupts our reverie with promises of home with God?  Do we?