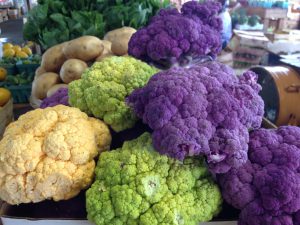 Blessed are the poor in spirit, for theirs is the kingdom of heaven (Matthew 5:3).
In a 1999 Christian Century article, “The Liturgy of Abundance, the Myth of Scarcity: Consumerism and Religious Life,”[1] Walter Brueggemann, pointed out a recurrent scriptural theme we easily miss: God offered abundance from the beginning, and we persistently and tragically refuse to accept it.  Instead, we operate from an assumption of scarcity, setting ourselves up for prejudice and violence to defend and seize our just deserts.  When we succeed at that, our property becomes our master.
In Genesis 1, God creates all things, declares them good, and takes a day off to enjoy them, inviting us to join the party.  The story shifts when Pharoah anticipates a drought and makes state policy to hoard goods and subjugate the people, viewed suspiciously as potential competitors and hoarders themselves.  He reaches the point that he can’t let go of anything, including the slave nation Israel, despite severe consequences meted out by the one party to the drama he cannot control, God.
After the liberation, the former slaves show they learned the scarcity mentality well as they fret in the wilderness for fear that they will get nothing at all without their meager rations.  Then, says Brueggemann:

In answer to the people’s fears and complaints, something extraordinary happens. God’s love comes trickling down in the form of bread. They say, “Manhue?”—Hebrew for “What is it?”—and the word “manna” is born. They had never before received bread as a free gift that they couldn’t control, predict, plan for, or own. The meaning of this strange narrative is that the gifts of life are indeed given by a generous God. It’s a wonder, it’s a miracle, it’s an embarrassment, it’s irrational, but God’s abundance transcends the market economy.[2]

Unless this story totally embarrasses you, unless you see it as nothing more than a silly fairy tale, you have what it takes to harvest your day’s manna.  More than just bread from heaven, manna includes everything of which you partake.  Insofar as you get that, you are poor in spirit, a beggar before God who understands reality as grounded in grace despite the engulfing fiction guiding our economic lives that you are entitled to your hard-earned stuff, and it’s nobody else’s concern.
Only one of Jesus’ miracles appears in all four gospels: The feeding of the thousands with just a few loaves and fishes.  Despite all appearances, life is one great fellowship of the grateful receiving what they need as a gift.  When we get that, we receive the kingdom of heaven here and now.
Sadly, history both global and personal records our failure to get that, which undermines the beloved community.  Yes, droughts and earthquakes threaten, but all would get what they need even then if we let go of our fearful denial that we can share and our atheistic fear that no one will provide if we let go. God waits milennia for us to face the reality of abundance and give up high-sounding self-justifications of violence and greed.  Then abundance will rush in.