The Willing Way Through Resentment 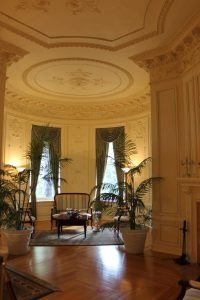 Blessed are the meek, for they will inherit the earth (Matthew 5:4).
When loneliness results from betrayal or indifference of others, resentment seeps in, soaking pain in bitterness.  The silence in the house built for laughter and the emptiness in the chair built for companionship mock with memories of rejection.  On the other hand, nemeses present in formerly safe havens only pick at the wound.  The harsh word creeps to the tip of the tongue.  The clenched fist begs to fly.
The meek restrain themselves, but not from repression of anger or fear of losing a fight.  They see a larger picture.  Rather than keeping a laser glare on the specific offender or offense, they attend a richer context.
Perhaps they see the history of the offender’s pain, the circumstances under which anyone might do damage.  Or they see to the horizons of their vision of God.  They acknowledge unknowing where God started and where God leads with this present madness.  They trust that somehow God is doing something good through apparent injustice, that the story will climax with peace.
That takes patience.  It also takes the willingness to take the control the offender seized and return it to its rightful owner, not yourself, but God.  As long as you guzzle that bitter brew of anger and obsession, you serve the offender, while the only service that restores joy is loving God and neighbor, even loving your enemy when you are ready.
When you are ready: Be gentle with yourself if the resentment has a life of its own, running like a motor while you can’t find the off button.  Chronic abuse and vicious blindsides trigger the same effect: a vigilant eye and an alarmed heart.  For survival, you are wired for such emergency stress.  Understand that your survival system kicked in, and it does not switch off like an auto ignition.  It stops like your computer, shutting down slowly while installing 18 updates.
The resentment motor’s running does not exclude you from the company of the blessed meek.  You join that company simply by willingness.  Gerald May offers a distinction that brings to light the spiritual heart of meekness: the distinction between willingness and willfulness:

Willingness implies a surrendering of one’s self-separateness, an entering-into, an immersion in the deepest processes of life itself… More simply, willingness is saying yes to the mystery of being alive in each moment.  Willfulness is saying no, or perhaps more commonly,  “Yes, but…”…Sooner or later a choice will have to be made: to continue on a willful…path in which one tries to secure autonomy and self-determination, or to embark on a spiritual path in which one seeks ever-greater  willingness to become a part of the fundamental processes of life in self-surrender.[1]

Amid resentment, return as often as necessary to the mystery of God’s love and the gift of life itself.  Don’t repress, just return.  Resentment will run its course.  Your inheritance of every blessing will outlast it.