“All Will Be Well”: Julian’s Witness for Times Like Ours 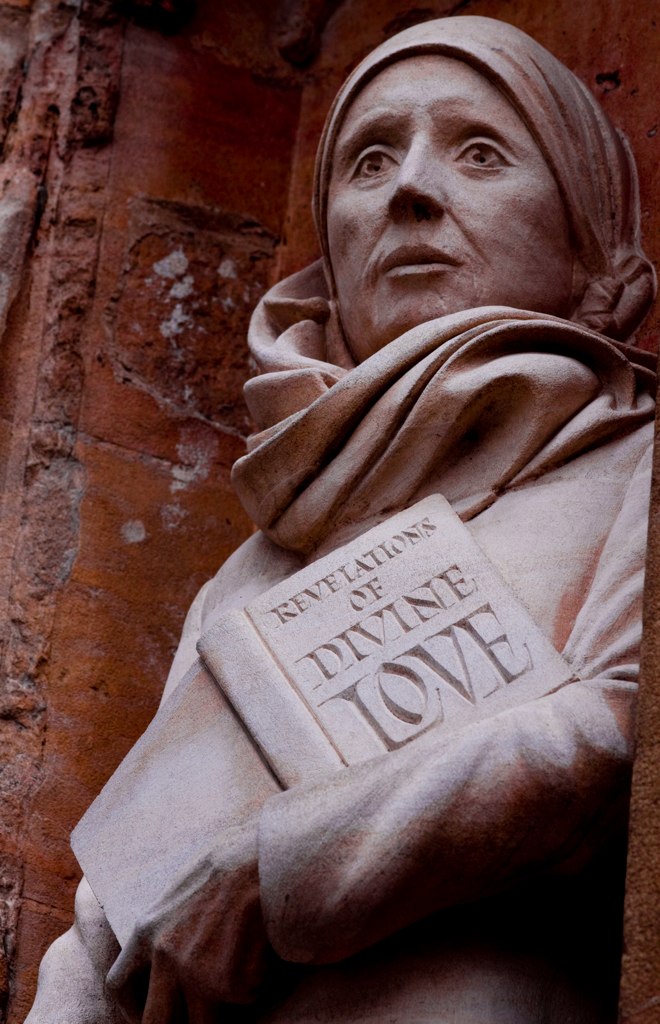 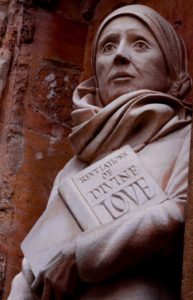 “All will be well”: Julian’s witness from hard times past

In the late 14th and early 15th centuries, the first recorded pandemic — the bubonic or “Black” plague — killed about half of Europe’s population. The Hundred Years War raged between England and France, and a Peasant’s Revolt marked with blood the economic disparity between the classes. The Great Schism divided the church with two men claiming the papacy.

If we want to understand our age of pandemic, economic injustice, and political polarization, we do well to ponder those times.

Meanwhile, in England, over 600 churches housed anchorites or anchoresses who lived solitary lives in anchorholds, rooms on the side of the church building that also helped secure the structure. They served through prayer and spiritual direction. They retreated from the world not to escape but to engage with God and any of God’s struggling children.

One anchoress, Julian of Norwich, composed a book on sixteen divine revelations she received on May 13, 1373. Then she spent two decades prayerfully interpreting them. The first book written by a woman in the English language, it offers a powerful imagery and brilliant theological reflection on God’s radical and pervasive love for us. She called the work, “my book,” and subsequent editors called it, Showings or Revelations of Divine Love.

Former Archbishop of Canterbury, Rowan Williams, said Julian’s book “may well be the most important work of Christian reflection in the English language.”

Thus, God answered Julian’s anguished questions: If you love us so much, why are we so mired in sin and suffering?

The answer did not fully satisfy her, nor should it us; yet, we do well to hold on to it as a key aspect of the final answer, which remains a mystery. Julian sees that sin is necessary for us to long for God, to yearn for the closing of the gap we sense from a human point of view.

Nevertheless, we must live the questions Julian asks and accept the promise, “All will be well,” with humility. Just as the revelations left no pain undisclosed, so the revelations offered unqualified promise that the divine mystery will unfold in the end with a gift of eternal joy beyond our imagining.

“All will be well,” can be hard for a compassionate person to swallow, however. Frederick Buechner wrote,

How can I find peace in the promise, “All will be well,” when I know that suffering from a pandemic, violence, and deepening divisions surrounds me?

For those who want a peace, a “well,” that means escape from it all, then the promise, “All will be well,” was not addressed to them. God offered that answer to one sympathetically engaged in the suffering of Christ. That engagement occurred not only in graphic images of his dying on a cross, but in the anguished voices of those who sought her counsel and the cries of the persecuted and bereft outside her window.

“Well,” for Julian meant intimacy with God. That intimacy is reached through compassion for Christ in his suffering and humbly accepting his love for us in suffering to free us from sin. Until then, inner peace for Christ’s followers means feeling the pain of a nail in one hand and the warmth of loving Mother’s hand in the other. And it means hope in the promise that the pain is passing within and without, that the fullness of love will be realized, and that all will be well for all in the end.

Julian’s Joyful Insight Into Sin (During Bad Times Like Ours)

Image from Wikimedia Commons, statue of Julian of Norwich from Norwich Cathedral, by David Holgate FSDC.