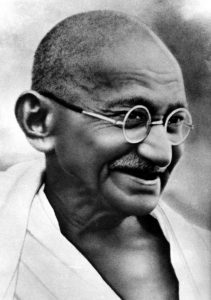 Blessed are you when people revile you and persecute you and utter all kinds of evil against you falsely on my account. Rejoice and be glad, for your reward is great in heaven, for in the same way they persecuted the prophets who were before you (Matthew 5:11-12).
Who crucified Christ? Neither the Jews nor the Romans, neither Judas nor the centurion at the foot of the cross holding a bloody hammer. It was the false self. It was I.
It was I among religious leaders whose public image as the holiest among a holy people Jesus threatened by befriending the lowly and declaring their righteousness higher than ours. It was I among political dominators whose apparent control he threatened by rousing the masses’ hopes for a kingdom we could not conquer. It was I among those same masses calling for his crucifixion when we realized we did not want to live our compromised lives vicariously through him after all.
And so it remains. So it is that I for one crucify Christ daily whenever I lapse from my divinely endowed truth, the secret God calls me to live so God’s joy and mine may be complete. I lapse from living my truth when I sell God short and expect less of God than I expect of myself, when I insist on finding security and happiness on my terms because I just don’t believe it could happen on any other terms but mine or because I just don’t buy that anything is possible with God.
I lapse when I let fear lead me and not love. I lapse when I must control the consequences, and if love doesn’t look very practical in my double-minded quest to have worldly security and heavenly security too, I abandon love and therefore abandon God bleeding and crying out in godforsakeness from the cross.
Few human beings in the modern era impacted the course of history through love like Mohandas Gandhi and his follower, Martin Luther King, Jr. Gandhi preached satyagraha, explained by Thomas Merton as, “A term coined by Gandhi.  Its root meaning is ‘holding on to truth,’ and, by extension, resistance by non-violent means.”[1]  To Gandhi, Jesus exemplified this truth best, the truth of nonviolent love that one lives and asserts without reservation regardless of the consequences, holding on to truth even unto death, even as worldly powers seem to prevail as it must have appeared from the vantage point of the cross.
Ironically, Gandhi’s holding onto the truth of love regardless of consequences had the astonishing consequence of driving out the occupying British Empire, as Jesus’ satyagraha drove out evil itself. And for a privileged, white, male on a spiritual quest, this nonviolent spiritual teaching has as much to do with how I must live the truth of love in my circumstances as it does the untouchable in India and the African-American in the next neighborhood.
To be my true self for whose liberation from the false self Christ died, I must own the truth of love in the context in which I find myself with all the exhilaration and peril it offers. That is my truth, the truth that sets me free, and there is no real freedom other than freedom to love. Damn the consequences. There is no other life worth living because in reality there is no other life at all.