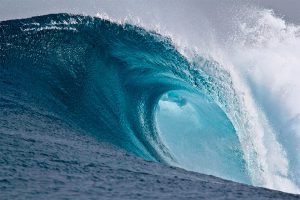 Blessed are the poor in spirit, for theirs is the kingdom of heaven (Matthew 5:3).
If God promises peace, does suffering violate our trust? How did MLK and his followers face police dogs, fire hoses, jailings, and bombs in faith rather than in spite of faith? And why did fear not overwhelm them?
In his sermon, “Antidotes for Fear,” King writes, “A common source of fear is an awareness of deficient resources and of a consequent inadequacy for life.”[i] How often I, who don’t face the challenge of putting my body on the line daily for justice, still suffer from that awareness! The tasks of sustaining normalcy in my small world and the sea of problems in the larger world swell like an overshadowing wave, threatening to drown me.
Such anxiety exceeds the reach of mental health care. For King, addressing it requires “a positive religious faith.” In words that could be the mission statement for this blog, he preached:

A positive religious faith does not offer an illusion that we shall be exempt from pain and suffering, nor does it imbue us with the idea that life is a drama of unalloyed comfort and untroubled ease. Rather, it instills us with the inner equilibrium needed to face strains, burdens, and fears that inevitably come and assures us that the universe is trustworthy and that God is concerned.[ii]

Powerful words for a man who already lost count of his jailings and bomb threats. And more beautiful words than these on the power of faith you will never find:

Religion endows us with the conviction that we are not alone in this vast, uncertain universe. Beneath and above the shifting sands of time, the uncertainties that darken our days, and the vicissitudes that cloud our nights is a wise and loving God. This universe is not a tragic expression of meaningless chaos but a marvelous display of orderly cosmos – “The Lord by wisdom hath founded the earth; by understanding hath he established the heavens.” Man is not a wisp of smoke from a limitless smoldering, but a child created “a little lower than the angels.” Above the manyness of time stands the one eternal God, with wisdom to guide us, strength to protect us, and love to keep us. His boundless love supports and contains us as a mighty ocean contains and supports the tiny drops of every wave. With a surging fullness he is forever moving toward us, seeking to fill the little creeks and bays of our lives with unlimited resources. This is religion’s everlasting diapason, its eternal answer to the enigma of existence. Any man who finds this cosmic sustenance can walk the highways of life without the fatigue of pessimism and the weight of morbid fears.[iii]

With God, the overwhelming wave does not consist of tasks and problems, but of overflowing love. It is a blessed overwhelming for which we can expect even eternal life not because of who we are but because of who God is. And lest you think that God does not have time for your needs, prioritizing you out as God deals with the massive injustices and absurdities that threaten nations, bear in mind that there is room for your concerns and mine in the boundless reach of God’s concern:

Man, for Jesus, is not mere flotsam and jetsam in the river of life, but he is a child of God. Is it not unreasonable to assume that God, whose creative activity is expressed in an awareness of a sparrow’s fall and the number of hairs on a man’s head, excludes from his encompassing love the life of man itself? The confidence that God is mindful of the individual is of tremendous value in dealing with the disease of fear, for it gives us a sense of worth, of belonging, and of at-homeness in the universe.[iv]