Pharaoh’s Daughter: A Heroine of Peacemaking 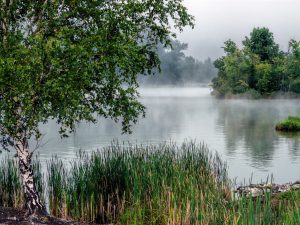 Pharaoh’s daughter comes to bathe, but builds a bridge.

Blessed are the peacemakers, for they will be called children of God (Matthew 5:9).
With her book, Set Them Free: The Other Side of Exodus, Laurel Dykstra offers a gift. It’s not a bunch of flowers, but the spiritual equivalent of a gym membership, building up with social and spiritual exercise. She interprets Exodus as a story of people like us, but not as Israelites.  Rather, she likens us to Egyptians.  Dykstra pulls no punches in reminding us of our complicity in evils that parallel those of the Egyptians who benefited from Israelite slaves.
But she offers hope. We can find our freedom in solidarity with the marginalized. She offers examples of privileged people who risk their comforts build social bridges to the oppressed and marginalized.
My favorite is Pharaoh’s daughter.  Check Exodus 2:1-10.  In his paranoia that the Israelite slaves will continue growing more numerous and threatening, Pharaoh commands the midwife corps to kill all male Israelite babies at birth.  Hoping to spare her son, an Israelite mother crafts a seaworthy basket and hides him in it among reeds at the riverbank.
Pharaoh’s daughter comes to bathe, hears the baby cry, and sizes up the situation. On surveillance duty, the baby’s sister steps forward and offers to fetch another slave woman to nurse him.  Pharaoh’s daughter follows the slave girl’s lead, and she hands the infant back to his mother with a promise of wages to care for him.  Later she adopts him as her son and names him Moses.
Dykstra comments:

Love not only led Pharaoh’s unnamed daughter to act charitably but to cast aside the blinders of privilege and recognize the injustice that landed that infant in the reeds. She did not make peace on power’s terms but on love’s terms.  Maybe she knew her father all too well.  Maybe, without knowing the name, she knew the Holy One of Israel well enough.