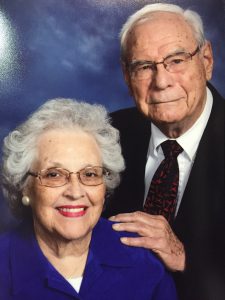 Blessed are poor in spirit, for theirs is the kingdom of heaven (Matthew 5:6).

In his classic work in the psychology of religion, The Varieties of Religious Experience, William James distinguished between once-born and twice-born faith. (For the moment, shelve your preconceptions about “born again Christianity,” for they will confuse you.) The once-born live a cheerful faith with few doubts or conundrums. The twice-born pray, “I believe! Help my unbelief!”

Theirs is no easy faith. Mornings of hope follow nights of questioning in their quest, but James deemed their faith no less valid than that of the the once-born. Jesus healed the father’s son after his twice-born plea (Mark 9:14-32). God moves us forward.

Yes, us. I am one of the twice-born, as I suspect James was. But I publish this post neither to honor James nor to confess the joys and sorrows of my twice-born faith. I write to honor a man whose perseverance in faith despite disillusionments and misgivings set the example I need to carry on.

That man is my father, C. Rees Jenkins, Jr., who died on Saturday morning, September 17.

“The Lord never promised us justice on this side of the grave,” I recall my father pronouncing several times with Eeyore-like resolve. As I reflect on his words, I see that he was right. And wrong. He was right because faith requires moving forward with goodness even if we never see our just reward in this lifetime.

Yet, he was wrong, at least from a New Testament perspective. For Jesus promised that the kingdom will come to merciful fulfillment here in this broken, groaning world. His own mercy bore witness to that.

But I believe he now knows first hand that God’s justice is merciful.

Until retirement, my father was a banker, a trust officer who helped those with means secure and increase their wealth. During the week, he helped people play by the rules and get ahead in the secular world of finance. That world scarcely recognizes Jesus’ teachings about the difficulty of the rich entering the kingdom of God and the last becoming first and the first, last. But raised by a sainted father whose single-minded devotion in ministry kept holy motives ahead of profit motives, my father carried the unwieldy burden of both perspectives through his days.

Being married to a saint also kept the perspective of faith ever before him. Sometimes he sounded like Ebenezer Scrooge and other times like St. Francis of Assisi.

“Everything will be all right, son. The Lord has taken care of me, and the Lord will take care of you,” he said well into my adulthood as I talked with him on the phone amid the wreckage as I faced divorce and precarious financial fallout. He probably said it when I was younger, too, but only much later was I finally ready to hear. But he did not remind me that the Lord never promised justice on this side of the grave. He knew I knew that.

He was just as generous when I was young and ungrateful as when I was older and falling all over myself with gratitude.

Helping his children and others use their talents in meaningful service cast a sunny ray of meaning on his work in the cynical financial marketplace. He made my work possible, but not only because he provided so well. He set the example I needed to move forward with my twice-born faith.

Choosing Goodness with No Reward in Sight
I Want to Know Christ
Our Mother, the Peacemaker
Gratitude First