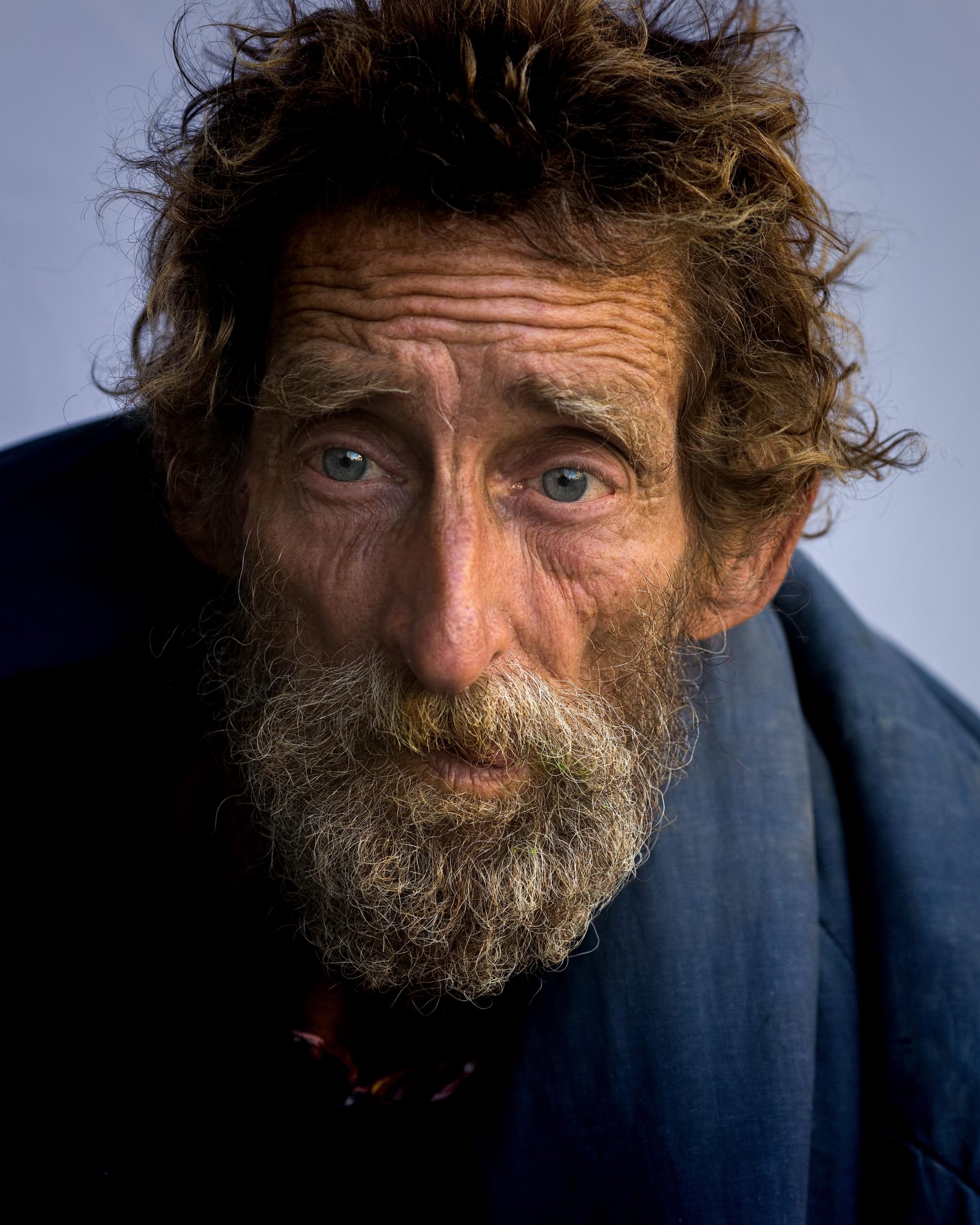 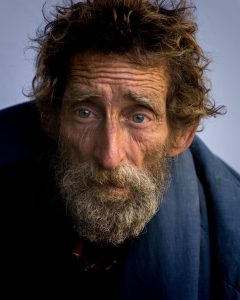 Nobody told Bartimaeus about Jesus.  He overheard the tales as he sat and begged by the Jericho gate.  People stumbled almost headlong down that perilous road. “The Bloody Pass,” folks called it, descending from the height of Jerusalem to that low city, too old to count its yesterdays, too hot to notice today or imagine tomorrow.  Bandits and their lucky survivors shuffled by, chattering about the healer from Nazareth, caught up in themselves. Blind to blind Bartimaeus even as they dropped him scraps, the beggar seemed a shadow to them.

At Bethsaida, this Jesus healed another blind man by gathering dirt, spitting on it, rubbing it in the poor man’s eyes.  People looked to the man like walking trees (Mark 8:22-26).  So they must, Bartimaeus mused.  He heard Jesus also cured scores of tree-like walkers and talkers at Gennesaret (Mark 6:53-56). Other passers-by chattered about Jesus feeding four thousand with a few loaves and fishes somewhere in Decapolis after giving a deaf man his precious hearing back (Mark 7:31-8:10).

Those tales stirred a defiant notion to speak as the clamor rose around the wonder-worker heading toward the gate to leave Jericho.  Speaking to Jesus meant having a face for a moment at least. From what he heard this Jesus could give him eyes to see a face looking back at Bartimaeus, seeing him, seeing him.  It wasn’t that he really wanted to see walking trees and whatever else.  He long since made himself at home in darkness.  But never did hope darken to see a face looking back.

As the clamor grew shrill and dust rose to his nostrils, Bartimaeus barked like a demon, “Jesus, Son of David, have mercy on me!”  The crowd heard silence afterward. But Bartimaeus heard their eyes turn to him for the first time, not amazed but annoyed that a shadow dared speak and disrupt the parade.  Then the walking trees said with their mouths something he heard so often from their eyes: Shut up, blind beggar.

Then he heard a man’s voice, “Call him here.” Some folks changed the message entirely, lilting, “Take heart; get up, he is calling you.”  He could hear the gazes stir and soften.  The new sense of being seen called him out of himself. He threw his cloak into the dark world, naked, shaming all who previously refused to see him.  Bare Bartimaeus ran to the voice, his cloak quickly stuffed in a bandit’s bag for all he knew.

Blind Bartimaeus pled, “My teacher, let me see again!”  Instead of mud in the eyes, he got a word: “Go; your faith has made you well.”  The light bathing Jesus’ face almost blinded Bartimaeus again, but those eyes looked into his, inviting him home.  Bartimaeus never begged by that gate again after leaving the only city he knew.

He saw the wonder-worker and his friends, looking into his eyes, welcoming him. The perilous Bloody Pass beckoned, and he surveyed the steep winding way to Jerusalem. Bartimaeus joined the few in the clamor who made their home on the road with Jesus the rest of their days (Mark 10:46-52).

Mercy on the Bloody Pass
Gratitude First
Humble Gratitude
Practice Gratitude for a Healthy Mind and Soul
Radical Gratitude: How the First Beatitude Changed Me