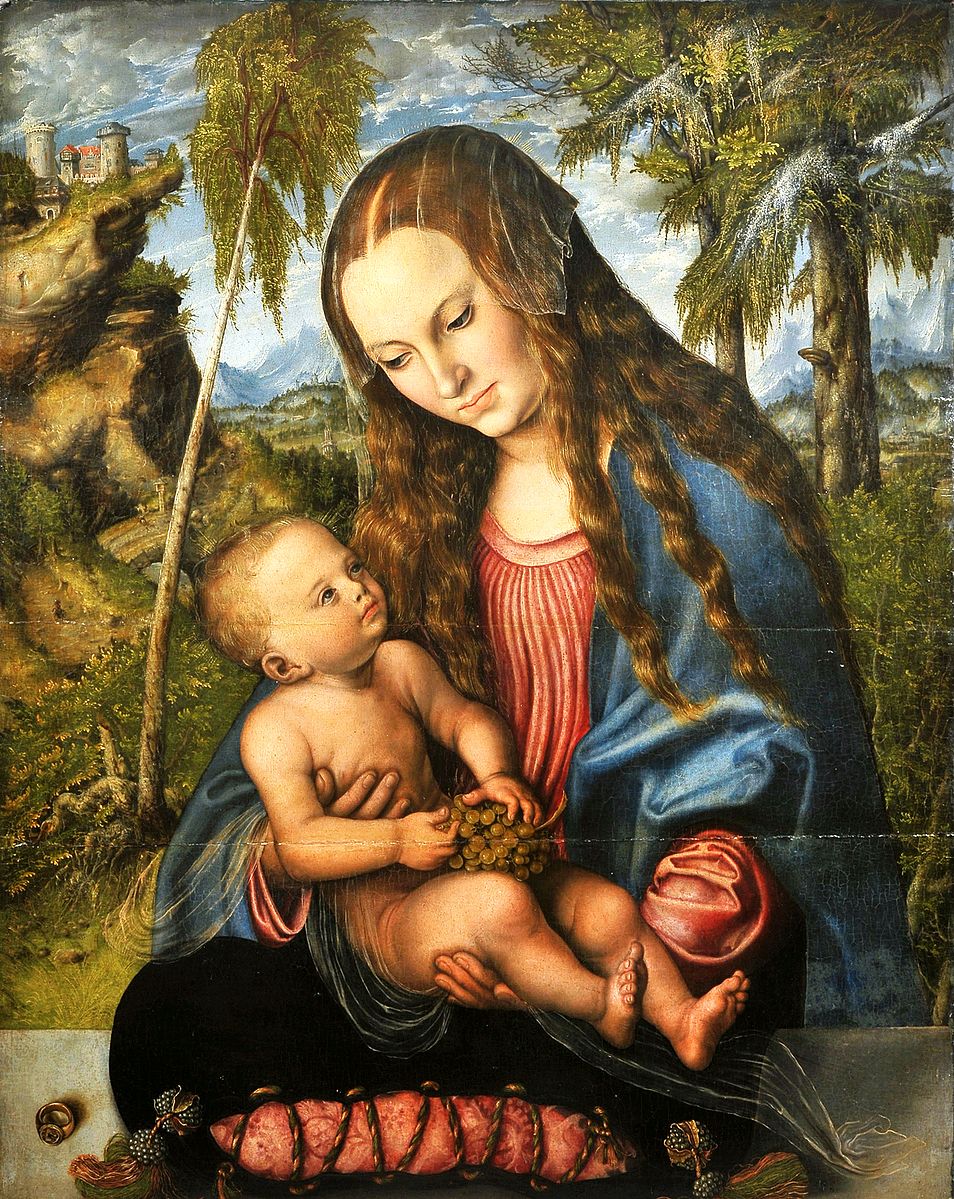 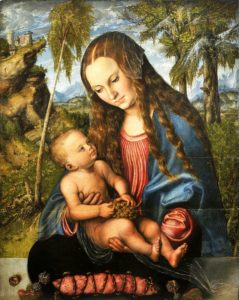 Mary’s son and his mother at the beginning.

Mary remembered old, wizened Simeon with hair coming out of every pore, bone-bent, hunched, and creeping toward Joseph and Mary’s son like a spider.  With childlike delight in his crinkled eyes, he took the baby and said to her with breathy intensity, “This child is destined for the falling and rising of many in Israel, and to be a sign that will be opposed so that the inner thoughts of many will be revealed – and a sword will pierce your own soul too” (Luke 2:34-35).

Thirty-three years later, Mary’s son hung bleeding on a cross, his side pierced with a sword, and yes, pierce a mother’s son and you pierce her too.   Women may seldom fight wars on the front lines, but they suffer every blow, die every death, and carry death with them as they go on loving those who remain, be they slaves after loss or drunkards after victory.  She felt that sword.

As a boy, Jesus made a peculiar kind of trouble, making her question whether up was down or down, up, making insanity look wise and wisdom, insane, making her wonder if she was his mother or he, hers.  Mary’s son almost always obeyed her but seemed to obey someone else at the same time, putting her in her place without a hint of disrespect.  When he went out and faced the world as a grown man, he put everyone else through those paces.

But one young disciple showed placid strength through her son’s cryptic teachings and table turning.  He spoke concisely and seldom, and he listened with gentle, resonant eyes.  Cajoling, scolding, confronting everyone else, Jesus quieted in his presence.  On the rare occasions Jesus sat and watched the sun set, he sat with this one, neither uttering a word.

From the moment she met him, Mary could not imagine what not to love about her son’s beloved disciple.  When she and her other sons travelled far to visit Jesus and relieve her worries about him, Jesus declared to a room full of strangers that they, not just Mary and her children, were his family.  As her heart broke and anger rose, this young disciple touched her shoulder and made it his business to make them at home.

Mary’s son hung on the cross in unspeakable agony, exposing the world’s evil inner thoughts.  But he knew something more of her inner thoughts and those of the mild disciple who sidled up next to her as he did the day they met.  He exposed their meekness by saying, “Woman, here is your son,” and to his friend, “Here is your mother.”  After all the darkness and light and wonder of the days to come, after Jesus made the whole world see that up was down and down, up, mother and son made a home where they watched many sunsets as a family of Jesus’ making (John 19:25b-27). Mary’s son, Jesus, made sure she always had a son who loved her.

Cries from the Manger: A Forgotten Meaning of Christmas