Hold Your Head Up and Practice Confession 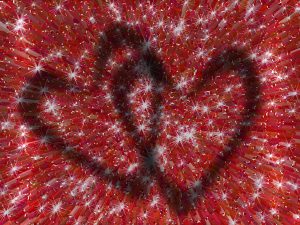 Blessed are the pure in heart, for they will see God (Matthew 5:8).
In this Lenten season, some spiritually hibernate until Easter, put-off by the seeming negativity of taking stock of their shortcomings and confessing them. Others indulge a dark, self-punitive habit. Both miss the point. Let me invite you to confess for the right, bright reasons.
Do not confess sins to shame yourself.  God never loses sight of your core beauty and goodness even if you have.  In God’s eyes, you have more dignity than dross.
Do not confess to appease an angry god.  God wants your open heart, not groveling.  “A broken and contrite heart you will not despise,” prayed David (Psalm 51:17b).
Do not confess to win a ticket to heaven.  Christ won that for you long ago.  You are already welcome in God’s house.
Rather, confess your sins to wake up.  The Hebrew term for repentance, shub, means to turn back, to return.  Confess to return to reality, where God reigns in love.
The Greek term for repentance, metanoein, also means to turn back but also to change one’s mind.  Thus, William Temple, Archbishop of Canterbury during World War II, wrote:

John [the Baptist] came, and after him Jesus came, saying, “Change your way of looking at life; the Kingdom of Heaven is at hand.”  But we have lowered the term, “repentance” into meaning something not very different from remorse…Repentance does not mean merely giving up a bad habit.  What it is concerned with is the mind; get a new mind.  What mind?… To repent is to adopt God’s viewpoint in place of your own.  There need not be any sorrow about it.  In itself, far from being sorrowful, it is the most joyful thing in the world, because when you have done it you have adopted the viewpoint of truth itself, and you are in fellowship with God.[i]

Once you do that, you rejoin not only God but yourself.  Until then, you stand at odds with yourself, conjuring self-justifying half-truths or fleeing into denial.  You become a stranger to yourself.  So repentance restores rapport with yourself and makes you whole.
Confess in hospitable

places.  Come before God and find the space and presence for honest confession.  You are safe with God in the sanctuary of your heart.
Sometimes you must first confess to another person.  Find someone who listens with empathy and respect, who keeps your secrets, and who can sit with your guilt rather than rushing to console you.
Above all, make a hospitable place within yourself.  Like everyone else, you repress qualities that don’t fit the self-image you want.  They gather within to form what Carl Jung called, “the shadow.” Offering hospitality to your shadow – without letting it run the inn – makes you more whole and more honest to God.
Confession purifies by washing away guilt and self-deception.  It purifies by making you whole.  Do not slouch to confession, grimacing.  Hold your head up.  Expect grace.