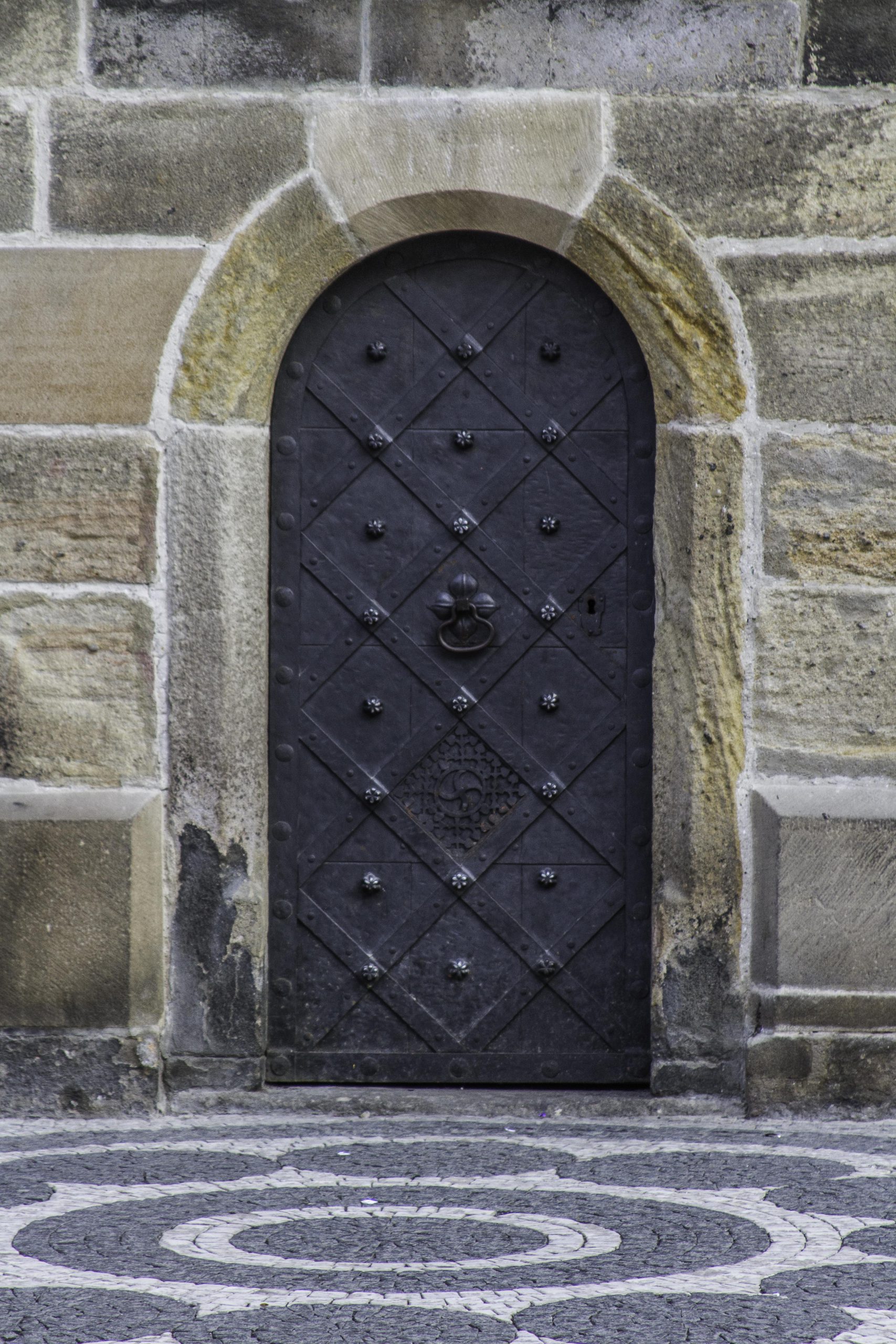 Spiritual but religious: a matter of opening doors.

Blessed are the pure in heart, for they will see God (Matthew 5:8).

Thirty-five years ago I first heard, “I’m spiritual but not religious,” from an edgy, lonely young woman bundled up in black.  But she said it with an uncharacteristic lilt and wider eyes.  The distinction lifted a dark cloud.

Despite a lifetime in church, I resonated.  There seemed more room for the Spirit outside church walls where we worry less about whether we belong.

Moreover, I resonated with the implied disappointment with churches that seem more about drawing lines than opening doors.  They mute many souls. Some people meet open rejection. More eventually slip away after hearing too much judgment or too little validation of divorced, gay, minority, or otherwise marginalized folks like themselves or dear ones.

“I’m spiritual but not religious.”  What a prophetic criticism of churches from which people flee to find a spiritual life.

Ironically, churches alienate so many because of double-mindedness.  On one hand, we affirm God’s relentless pursuit of every lost sheep to bring it back into the Shepherd’s loving arms.  On the other hand, the church often gives a pious overlay to exclusion based on secular norms.

Witness evangelicals who overidentify with the individual pursuit of wealth at the expense of the poor and disadvantaged.  Witness progressives who overidentify with the spiritual cynicism of academia, muting meaningful conversation about faith.  In either case, the gospel gets cheapened and watered down. Starving souls go elsewhere for sustenance.

Yet, I still participate in church.  Let me go so far as to say that I am spiritual but religious anyway.  For the church’s problems don’t stem from being religious but from not being religious enough.  Religion insists that reality addresses us personally and invites a personal response.  True religion insists that we are all in this together, that we cannot extricate your destiny from mine, that we coexist as neighbors like it or not.  Religion hurts people only after we compromise it so much that we forget what it is and who we are.

Furthermore, I cannot find a problem in religion that I cannot find in my own soul when I look closely enough. I doubt I’m much worse than those who abandon religion and claim spirituality without it.  They judge and exclude too. It is all too tempting to project one’s own brokenness on the church and forget to look in the mirror.

If the church as we know it atrophies and dies, folks who fancy themselves spiritual but not religious will replace it with another religion because spirituality cries out for company.  Unless their spirituality includes looking within, seeing brokenness and begging for healing, they will only remake flawed religion.  But unless the contemporary church looks within and repents, today’s prophetic criticism by the spiritual-but-not-religious will be tomorrow’s post mortem editorial comment.