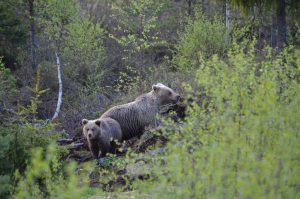 What shall we make of the Bible’s angry God whose prophets threatened disaster unless the people repent?

Many who believe in a dualistic, us-versus-them world enlist God’s wrath to keep “us” safe and punish “them.”

Many who believe in enlightened striving for utopian peace reject the harsh parts of the Bible or throw it away altogether to dismiss such a rude Lord from the parlor.

Many who seek therapeutic religion to bring them calm and fulfillment turn to nontheistic eastern religions and humanist philosophies to move on from the guilt trips of earlier days.

All of these hold pebbles of truth in their well-meaning hands. Yet, in their various ways, they lose boulders of truth and even compromise kindness by rejecting the angry God.

When I read divine rage in the biblical prophets’ pronouncements, I see little if any disapproval of dancing, playing cards, drinking beer, homosexual unions, food stamps, or socialized medicine. Many people find such practices threatening to civilization, so they invoke God’s wrath to scare us into our places. But the God of the prophets places greater weight on something more fundamental, something without which social order means nothing.

That God cares about love. Anger is not the opposite of love. Indifference is. Anger and love both require passionate engagement with the other. God’s anger is an extension of love.

What incites that anger? The spurning of love. God’s anger emanates from the wounded heart of a loving Spouse who gave a gift, made at great time and expense especially for the beloved, only to spy it in a pawn shop window shortly thereafter.

The refusal of what gift angers God most? The gift of each other, the opportunity to live among God’s children and love them as brothers and sisters. This God invites us to love each other as if to say, “If you love my children, you love me.”

Moreover, this God holds most precious the poor, the lowly, the stranger, the widow and orphan who utterly depend on the handouts of others to survive, and our refusal to love and care for them wounds God most. You know how mother bears get when wounded.
The last prophet in Christian scriptures offered this mission statement:

The Spirit of the Lord is upon me, because he has anointed me to bring good news to the poor. He has sent me to proclaim release to the captives and recovery of sight to the blind, to let the oppressed go free, to proclaim the year of the Lord’s favor (Luke 4:18-19).

We call that prophet, Jesus Christ, and there he quoted Isaiah repeating a refrain that pervades the prophetic books: The God who heard the groans of the slave people Israel and wreaked havoc to set them free hears the groans of the poor and marginalized and sends a Son to deliver them and to save their oppressors from themselves.

God’s anger may stem from God’s love, but something greater still ultimately eclipses the anger. Mercy is God’s first and last word, overcoming anger. In a powerful portrait of God as an offended mother who restrains her hand in mercy, the prophet Hosea said:

My heart recoils within me; my compassion grows warm and tender. I will not execute my fierce anger; I will not again destroy Ephraim; for I am God and no mortal, the Holy One in your midst, and I will not come in wrath (Hosea 11:8b-9).

Although we cannot really understand the notion that God is love without the possibility that God gets angry, we are safe in God’s love. We can always approach God as we are. The only way we can err is by not approaching God at all, and even then, God will never stop waiting for us.

Brother of the Prodigal: Their Father Elaborates on Life and Death