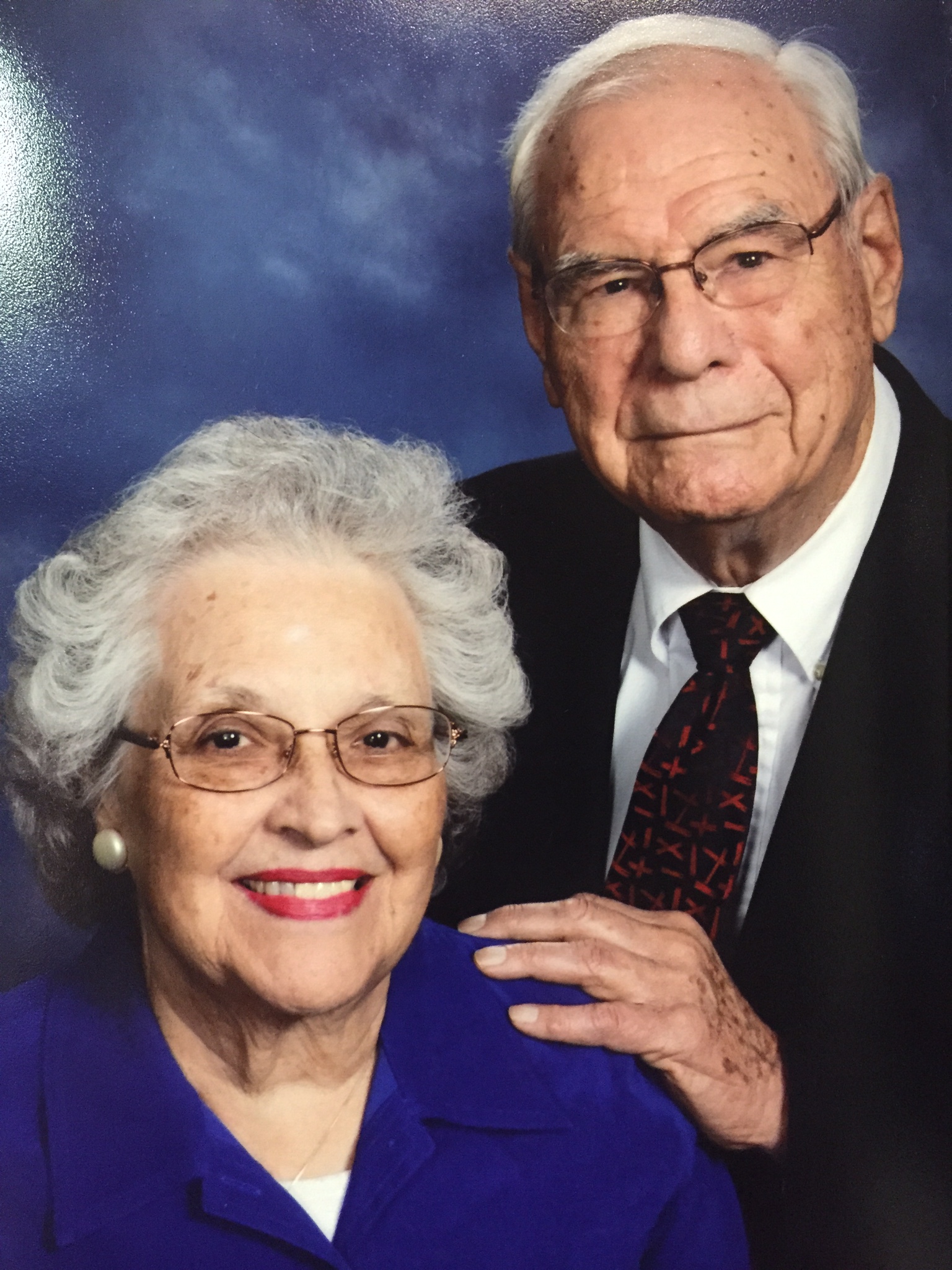 On a farm in the Shenandoah Valley of Virginia, 45 year-old Alice Marshall gave birth to her youngest, Betty Jane, on April 2, 1925.  Alice passed along not only a sturdy constitution but a very old soul – gentle, discerning, optimistic that droughts will end and the earth will produce the variety of crops Lacy Marshall and his son, John, planted.

With that sturdiness, Betty left the farm after graduating high school and worked in a jewelry store at the Homestead in Hot Springs, Virginia. She used the proceeds to support herself through Montreat College in North Carolina where she was yearbook editor, May Queen, and rock of support to her younger classmates. With the old soul, she heard a call to serve the church and did so as Secretary and Youth Leader at Shandon Presbyterian Church in Columbia, South Carolina.

There she married a young banker, Rees Jenkins, Jr., and started a family. On the face of it, this set her career as mother and homemaker. But the old soul and gentle rock followed God’s call to church work. Granted that included many more years as a church secretary, elder, Sunday School teacher, and farm style cook for Wednesday night supper delicacies. Yet, I mainly have in mind the behind-the-scenes work she did as a peacemaker.

My brother, Rees III, sister, Jane, and I grew up in Lumberton, North Carolina, county seat of Robeson County. Its tri-racial demographic includes roughly equal numbers of African-American, Native American, and Caucasian residents. Shortly after school desegregation, I came home in the seventh grade and told her my day included teaching classmates their ABCs. Soon she met with school officials, and they started a volunteer tutoring program.

A United Methodist Church and Community Center developed for dialogue and cooperative work across racial and economic lines. Our mother attended meetings faithfully and reported, “Our meetings made peace because people got to know each other and spoke honestly about their biases, hurts, and fears.” They did not solve the county’s problems overnight, but they built a stronger foundation of peace by sharing concern for each other’s plight and raising awareness of needs throughout the area that people of faith cannot ignore.

Soon she became a source of wisdom and solace to diverse leaders. The sole African-American on the City Council, Rev. E.B. Turner, had Mom preach one Ladies Sunday at the large Baptist Church he pastored. For a day, she stepped out from behind the scenes.

While she did it for the church and community, she told me that most of all, she did it for her children: “I wanted you to make friends among children of other races and economic situations and not join in the fear and suspicion.” She succeeded.

Thank you, Mom, for teaching us about peace, the kind of peace only a mother’s love can instill, but also the peace Jesus Christ called his followers to make. I don’t know how much longer before he tells you face-to-face, “Well done, good and faithful servant,” but I speak for your family, church, and countless others in assuring you he will. Without a doubt, he too finds in you a rock of support and a beloved old soul.

The View From Below: A Final Tribute To My Father