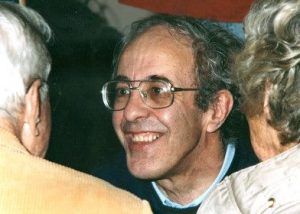 On a dangerously icy morning in Toronto, the chaplain could not resist his call. He served a residential home for mentally handicapped adults, and their needs cried out to him. Those cries prompted his strong need to be needed.
So he put on a heavy coat and set out on foot to the home. Conditions impeded his progress much more than expected, and the refusal of two men to give him a five-minute ride embittered him.
He stuck out his thumb in hopes that some kind person would stop and help. Then the rear-view mirror of a passing truck smacked him to the icy roadside. But that driver did stop and help him get to the hospital.
Having set out to minister to those whose dependence on him he overestimated, he now utterly depended on the kindness of nurses and doctors. Five broken ribs. A spleen bleeding badly. It had to come out.
Filled with gratitude for good care, peace came even as death seemed more real than ever. A strong sense of Christ’s welcoming presence enveloped him.
The priest was the great 20th century spiritual writer, Henri Nouwen. He reports the experience in his very brief book, Beyond the Mirror: Reflections on Death and Love.
Perhaps he actually died and revived. For with his recovery came regret for having tasted heaven only to defer it, coupled with a renewed sense that God must keep him in the earthly struggle for a reason. Many feel this inner conflict after near-death experiences, including the Apostle Paul (see Philippians 1:21-26).
Here he writes of his literal and spiritual awakening after surgery:

When I awoke from my operation and realized that I was not yet in God’s house but still alive in the world, I had an immediate perception of being sent: sent to make the all-embracing love of the Father known to people who hunger and thirst for love but often look for it within a world where it cannot be found.
I understand that “making known” is not primarily a question of words, arguments, language, and methods. What is at stake here is a way of being in the truth that tries less to persuade than to demonstrate. It is the way of witness. I must remain on the other side while being sent back. I have to live eternity while exploring the human search in time. I have to belong to God while giving myself to people.[1]

You do not have to return from death to make that statement yours too. If you live a life of love and commitment, if you allow God to form you and help you live your truth, you will stand with one foot in heaven and the other on earth. You will feel the peace along with the inner conflict. Your life will bear witness to more than you know.
Related Posts

Witness That Nourishes, Witness That Inspires
Why I Believe in Eternal Life
Live Your Truth
Calling Out the Inner Enemy
[1] Henri Nouwen, Beyond the Mirror: Reflections on Death and Love. (New York: Crossroad, 1990), location 277 on Kindle Fire.