Discovering Grace With My Father 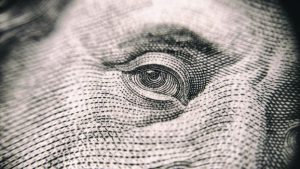 Even after a career in banking, Dad gained an eye for grace.

Confession of a Church Cynic

The decline of religious commitment in our nation unsettles me more and more.
We see it in poll numbers that show a rise in those who claim no religious affiliation, the “nones,” especially among young people. Meanwhile in most churches, the heads get grayer and the pews get emptier.
Questions about our commitment within the church strike me harder. As I drove the back roads of Georgia recently, I noticed that for every roadside sighting of a quaint, steepled chapel or angular, modern nondenominational church, I felt a sense of distrust. I imagined dens of bigotry or societies of smug self-righteousness.
That’s unfair of me, I know, but I find such cynicism hard to avoid. We Christians, even the effusive evangelical folks, accommodate ourselves so much to a materialistic, individualistic, and competitive culture that we cannot witness to the love of Christ without making hypocrites of ourselves.

Of course, this is nothing new. My father, a lifelong church-goer and son of a missionary, was also a lifelong cynic. He never tired of reminding me that the church differs little from a country club if it differs at all.
The first anniversary of his death at 90 just passed, and I’ve been thinking of him lately. His life bore witness to the problem and the solution.
As a child, I caught the odor of my middle-aged father’s anxiety. His career as a bank trust officer kept his finger on the pulse of the stock market and his eyes on the economic weather patterns. In that world, seizing the right opportunity at the right time made you a winner, and missing a detail at the wrong time made you a loser.
How can faith breathe in that suffocating world? His life of worrying over finances and details sometimes seemed graceless.
People like him filled the churches he called country clubs, albeit with much less anguish about it than he. Like them, he too claimed the blessing of a loving God but recoiled from staking his life on it. It seemed he could not climb out of the fictional story line of self-worth based on financial success.

Then along came grace.

By the time I, his middle son, hit the wall of failure, grace lifted him out of that story line. He brought into the light of day a fragrant faith that I could not recall. The once tight-fisted banker showed incredible faith and generosity.
As I suffered under my own illusions of self-made success and failure, he regularly spoke of God’s gratuitous love for him. God surely offered the same to me too, he declared. He praised my mother for all the blessings she brought to his life, admitting that he half noticed them for so many years amid all the worry and work.
And after shaking his head in years past over the financial folly of my vocation as a counselor and writer, he said toward the end that whatever he contributed toward my ministry was enough to make his life worth living. So during my spell of failure, the old cynic offered confidence that God will provide and that something good will emerge from the wreckage.
This man would not have risked a thing for faith while he tried to manage our security in his middle years. But in his later years, he looked back and found that, unbeknownst to his younger self, it was all grace, every good thing, and God did good things with my father’s life that he could not recognize while his mind worried and his soul fitfully slept.

So with that memory of my father in mind, I revisit my cynical imaginings of churches as dens of bigots and self-righteous snobs. Moreover, I revisit my sense of myself with my fears and privileges that keep me falling back into spiritual and moral mediocrity over and over again. Even as accommodation to a world of sin muddies our witness, there is no stopping God from doing enough good through us to eclipse the bad.
Nevertheless, I refuse to rest easy with that conclusion. Jesus called us to lives of relentless love. The early Christians confounded their worldly critics with their love for one another that spilled into exceptional hospitality to strangers. My father may have died a grateful man, but he never rescinded his criticism of the church and himself. I will continue to pray for and work toward a more loving life, one that bears witness to the one God who is love.

The View from Below: A Final Tribute to My Father
For My Father, C. Rees Jenkins, Jr., 1926-2016
Witness That Nourishes, Witness That Inspires