The Hard Work of Unity 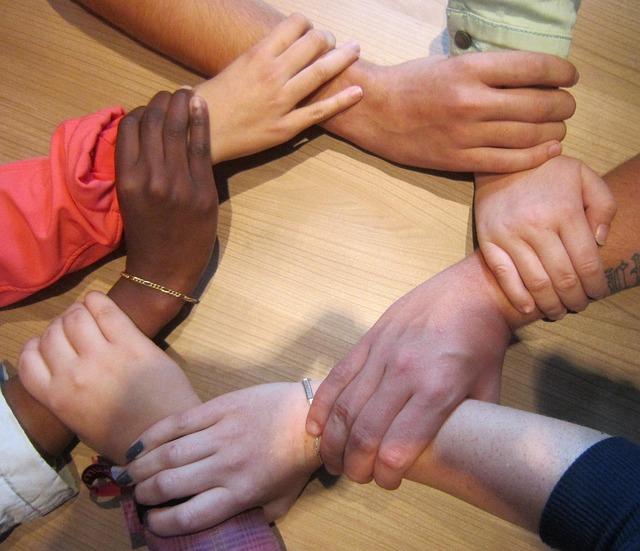 The hard work of unity requires letting go of fears and grasping a hand.

I write this on the day that Joe Biden clinched the election as the 46th President of the United States. Biden promises to lead in unifying the country, which he rightly calls “hard work.” People voted for Biden for various reasons. But certainly the vast majority did so hoping to move past the politics of division that darkens our democracy. It reached grotesque proportions with the outgoing administration.

Trump’s skill at exacerbating fear influenced the votes of many.  Many voted for him because he convinced them that only he could save America. While that is not Biden’s pitch, his supporters must take care to avoid the same delusion. Joe Biden will not save us from ourselves. And yes, the greatest threat is not some deep state or China virus, but ourselves.

Granted, the hard work of unifying the country requires a leader who sets an example of peacemaking. But if we expect him to deliver the goods without our effort, we will remain vulnerable to the next charlatan who promises to save us.

We need to watch our minds. Human beings take logical shortcuts in making decisions, including political ones. We must watch our shortcuts and keep our eye on the common good. Otherwise, political spin doctors will continue to manipulate us with fear.

For example, political ads often demonize opponents by associating them with suspicious characters. They show a picture of a friendly handshake with a political extremist or raise suspicion of covert dealings with terrorists. Since we lack sufficient resources to investigate the details, we let the seed of doubt and suspicion take root. Assumptions like “My friend’s enemy is my enemy” or “My enemy’s friend is my enemy” seduce us into the fear and paranoia that translates into votes for a candidate more interested in getting elected than in leading.

When Jesus blessed the peacemakers, he held up those who associate with outsiders and suspicious characters, as he did with occupying Roman soldiers, Samaritans, lepers, prostitutes, tax collectors and the like. Jesus certainly acknowledges the need for circumspection in many cases. Yet, he based it on whether influencers bear fruit nourished by a compassionate heart, not whether they convince us to fear strangers.

Diversity, too, always had a place in the American social experiment, and diversity will continue to multiply here. The social and economic inequities exposed by the pandemic show that people of faith must put fear aside, scale walls, and build bridges. That is impossible without befriending those who do not look or think like us.

Jesus got in good trouble for that very thing. The hard work of making peace will require that we keep our biases and fears in check, make friends, and listen. It is hard to demonize someone to whom you truly listen. And it can be surprisingly easy to hear their better angels and yours as well.

Political Incivility Vs. Divine Mercy: Choose Your Story Line
Peacemaker in the Family
Building the Bridge Across Loneliness
Three Dimensions of Peace and Peacemaking
Jonah and Our Hard Political Hearts