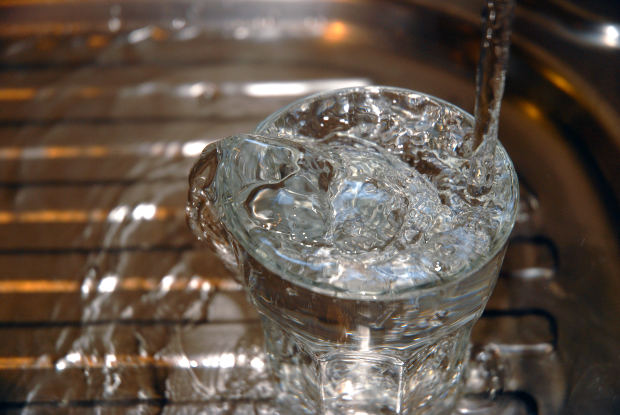 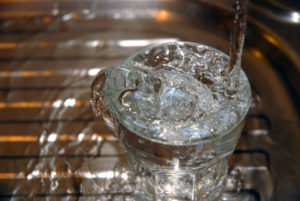 Blessed poverty makes you the clear vessel God will fill.

Blessed are the poor in spirit, for theirs is the kingdom of heaven….Blessed are those who hunger and thirst for righteousness, for they will be filled (Mt 5:3, 6).

Jesus begins the Sermon on the Mount – and all his teachings in Matthew, for that matter – with this blessing so peculiar to our ears, “Blessed are the poor in spirit….” For modern westerners, therefore, we begin reading the teachings of Jesus off-balance, perplexed, hoping the rest of the Beatitudes and subsequent teachings will strike a more familiar chord. (Good luck with that.)

For we cannot imagine any kind of blessed poverty. Mind you, we have not always been this way. Early Christians through the Middle Ages saw poverty as having the special dignity of a holy calling. Witness St. Francis of Assisi as perhaps the prime example, although Christ himself set the example for Francis. “Foxes have holes, and birds of the air have nests; but the Son of Man has nowhere to lay his head” (Mt 8:20), said Jesus.

But with the shift into modernity, we conflated economic viability with virtue. We came to see success at accumulating wealth as a sign of wisdom and virtue, despite massive evidence to the contrary. So poverty became a sign of moral failure. Given the human propensity for victim-blaming, this comes, sadly, as no surprise.

Because this conflation ensconces us western Christians, we can scarcely comprehend the teaching of Christ. At the outset, he speaks of a blessed poverty, and by blessing poverty of spirit, Jesus widens the meaning of poverty. The poor in spirit, the “beggars” in spirit according to the Greek, not only see all material resource as gifts, they see everything as a gift. That includes any claim to goodness or righteousness; moreover, it includes our identity, or selfhood, our all.

Philippians 3:4b-14 offers a peek into the mentality of blessed poverty. As Saul of Tarsus, this obvious valedictorian at Righteousness Tech developed a moral resume second to none. His parents made sure no one could mistake his lineage and pedigree among God’s chosen people. He stayed up after curfew night after night studying Torah, and his public behavior followed every jot and tittle of the law.

No one could spot him from afar without seeing every mark of a devoutly religious man. And with those credentials, he committed himself to casting out or even eliminating anyone who might cause any confusion about what a devoutly religious person looks like. So he persecuted the followers of that subversive Galilean.

His life, his self, his work, his everything came from Christ. While he gave up the old identity, he did not then set out to find himself. He set out to find Christ. Gone was the drive to shape a persona squeaky clean according to the law. He wanted to see that face again. He wanted to know that man, that God.

I want to know Christ and the power of his resurrection and the sharing of his sufferings by becoming like him in his death, if somehow I may attain the resurrection from the dead. Not that I have already obtained this or have already reached the goal; but I press on to make it my own, because Christ Jesus has made me his own. Beloved, I do not consider that I have made it my own; but this one thing I do: forgetting what lies behind and straining forward to what lies ahead, I press on toward the goal for the prize of the heavenly call of God in Christ Jesus (Phil 3:10-14).

That is blessed poverty. Nothing he wants anymore comes from him or from any of his achievements. He strives, yes, but he strives as one who sold everything for the one pearl (Mt 13:44). Moreover, he strives as one who has not arrived as he likely thought he had before Christ confronted him on the Damascus Road.

The poor in spirit claim not even to have righteousness on their own, only that of Christ. In their humility, they hunger and thirst for righteousness, and will be filled (Mt 5:6).

As that mentality defied the common sense of religious righteousness among the Pharisees of Paul’s time, it defies the common sense of secular righteousness in ours. Blessed poverty does not mean giving up all the good things you have or all the good projects you do. But it does mean that if they do not occasion gratitude to God and glimpses and clues on the quest to know Christ, the things we value – including our narrative of how we are good – are rubbish.

For many of us, recognizing that is the beginning of blessed poverty and of hungering and thirsting for the only righteousness that will ever fill us. Then we can read the rest of the Beatitudes, the Sermon on the Mount, the teachings of Jesus in scripture, and the leading of the Holy Spirit in our daily lives with a little better understanding and a lot more hope that the kingdom of heaven is ours.

I Want to Know Christ

Tackled By the Risen Son

Stories For the Road