Faltering Is Not Failure In Faith: A Maundy Thursday Meditation 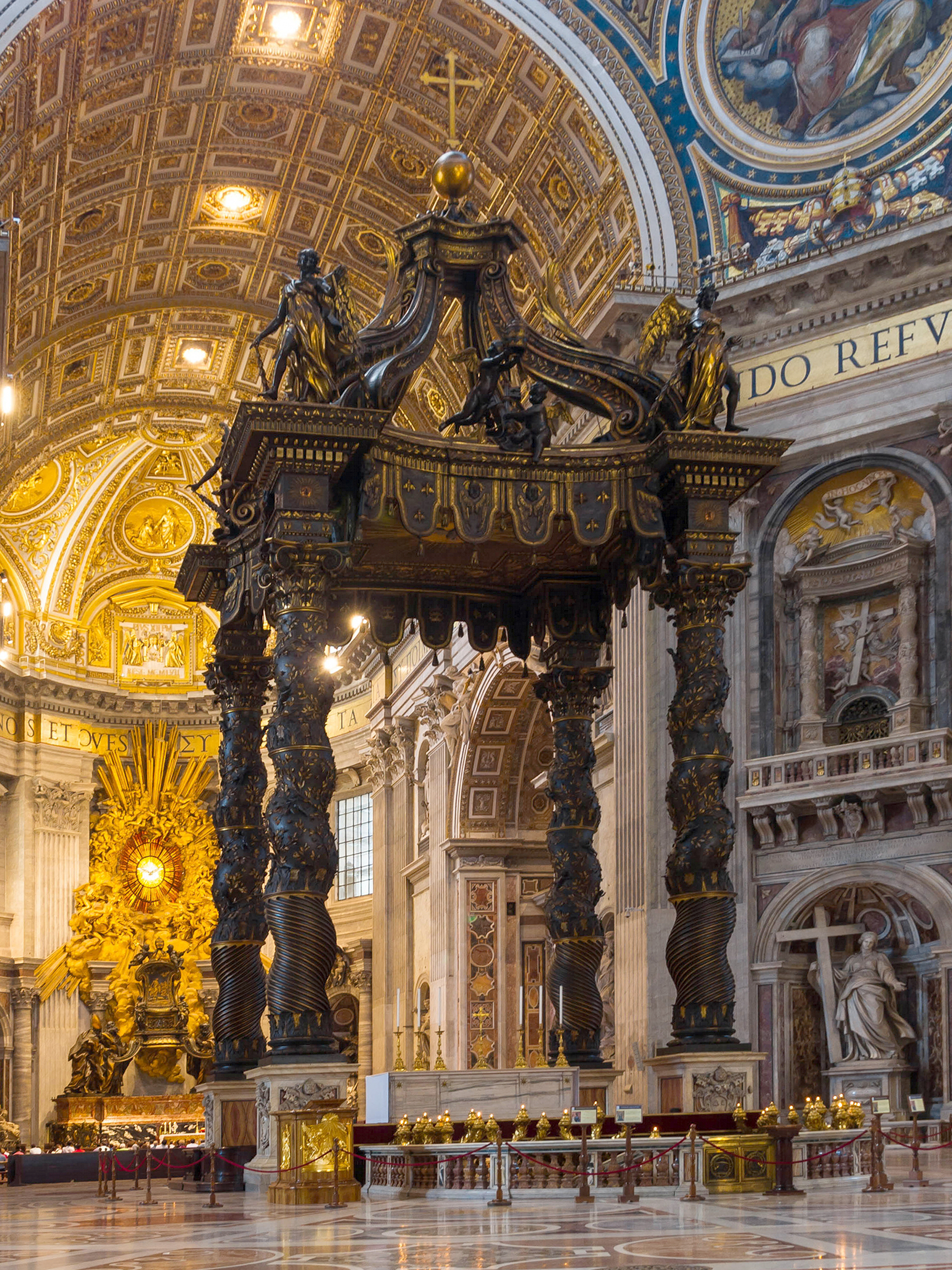 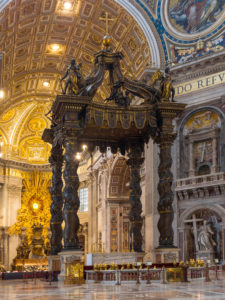 Faltering is not failure: St. Peter, despite faltering, is forever honored for his faith.

Simon, Simon, listen! Satan has demanded to sift all of you like wheat, but I have prayed for you that your own faith may not fail; and you, when once you have turned back, strengthen your brothers.” And he said to him, “Lord, I am ready to go with you to prison and to death!” Jesus said, “I tell you, Peter, the cock will not crow this day, until you have denied three times that you know me (Lk 22:31-34).

When I first set foot in St. Peter’s Basilica in Vatican City, my jaw dropped: The high arched ceilings, the great columns, the sheer immensity. La Pieta on my right, and further on to my left among the statues of saints, Ignatius victorious, his foot on Satan’s head. And straight ahead the towering Baldachin, marking the tomb of St. Peter, the first mortal leader of the church, the original pope. The one for whom Jesus prayed that he may not fail, the one who turned around and strengthened his brothers.

The one who betrayed Jesus on Maundy Thursday.

Peter was not the only one who betrayed him that night, of course. Judas betrayed Jesus and led his captors to his arrest. He then despaired of his life, rejecting hope of forgiveness (Mt 27:5, Acts 1:16-20).

Peter’s betrayal came in the more common form, the form in which we all betray Christ from time to time, perhaps daily. When questioned, he simply denied he knew him. He preserved his life. He placed his hope in normalcy and relative anonymity, not in taking up his cross and following Jesus. Who among us does any differently?

Thus, this brief wrenching episode in the upper room can only console those of us who heed the call to discipleship! For it shows that faltering is not failure in faith.

Jesus singled out Simon Peter with assurance that he prayed for him and called him to leadership, to console and encourage the others. Caught up in the moment, Peter declared his allegiance unto death. Peter felt empowered, strong, ready for anything.

In the ultimate anticlimax, Jesus predicted his betrayal.

Rightly we taste with Peter the bitter dose of reality that neither he nor any of us have the wherewithal to follow Christ so heroically. On our own, we opt for safe mediocrity.

Yet, what a consoling pericope! For scarcely two breaths before predicting Peter’s betrayal, Jesus declared his constant prayer for him and called him to the pastoral leadership of leaders. Peter’s declaration of allegiance did not change Jesus’s mind. Jesus assured him of his prayerful and powerful support of Peter fully knowing Peter’s limitations, the inevitability that he would sin. He called Peter to the highest ministry knowing Peter would falter, but faltering is not failure in faith.

This inevitability that disciples will falter intimidates us. We think it amounts to ultimate failure, and we know we are not saints. So some escape it by refusing the call and heckling those who do for their hypocrisy. Others refuse the call by stopping at apparent contradictions like Jesus’s prediction of Peter’s leadership and betrayal, refusing to let the paradox unfold in their own lives.

Those of us who call ourselves Christian often try to avoid Peter’s burden by finding a minimal way to justify the identity, keeping the risks low and making only tax deductible sacrifices. Or we keep quiet, not openly declaring allegiance only to risk exposing ourselves as hypocrites. Then others go the opposite route, pursuing a perfectionistic Christianity that relies on our own heroic discipline with minimal, if any, need for mercy and grace.

But as Paul later said, “We have this treasure in clay jars, so that it may be made clear that this extraordinary power belongs to God and does not come from us” (2 Cor 4:7). It is through our faltering faith that God’s faithfulness comes clear.

Likewise the Spirit helps us in our weakness; for we do not know how to pray as we ought, but that very Spirit intercedes with sighs too deep for words. And God, who searches the heart, knows what is the mind of the Spirit, because the Spirit intercedes for the saints according to the will of God. We know that all things work together for good for those who love God, who are called according to his purpose (Rom 8:26-28).

The Holy Spirit, the Spirit of Christ, prays for us as Christ prayed for Peter: “Simon, Simon….I have prayed for you that your own faith may not fail” (Lk 22:31). He said that prayer knowing that Peter’s faith faltered often and would falter again. But faltering is not failure in faith.

Blessed are the poor in spirit, for theirs is the kingdom of heaven (Mt 5:3).