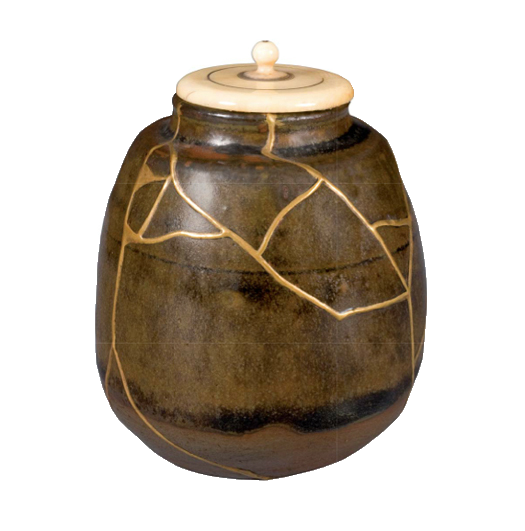 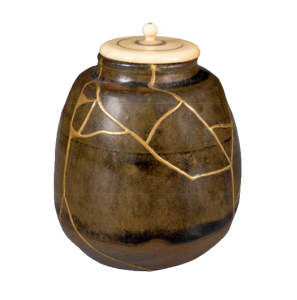 Blessed are the meek, for they will inherit the earth (Matthew 5:5)

But we have this treasure in clay jars, so that it may be made clear that this extraordinary power belongs to God and does not come from us (2 Corinthians 4:7).

Clay Jars in Scripture and in Buechner’s Writings

The meek whom Jesus blessed recognize themselves as the fragile but strong enough “clay jars” or “earthen vessels” (KJV and RSV) carrying gospel diamonds. Just as the glory of the vessel is to draw eyes not to itself but to the jewels, disciples follow a calling not to bring attention to themselves but beyond themselves to God.

Frederick Buechner prepared me to read and savor 2 Corinthians 4:7. Ironically, I cannot find a direct reference to that verse in his writings, and I will gladly stand corrected by any reader who replies with one.

He comes close at the end of his final memoir, The Eyes of the Heart. There he refers to “a Buddhist metaphor that came back to me from somewhere. We are all of us like clay jars” that fall apart in time until only “Emptiness” remains, that is “nirvana, satori, eternal life, the peace of God” (p.182). Whether Paul would agree that the treasure he had in mind and the Emptiness the Buddha had in mind are the same, we can only speculate.

Finally, after searching Buechner’s writings for a direct reference to 2 Corinthians 4:7, my weary eyes landed on the title of one of the very books I searched: Peculiar Treasures: A Biblical Who’s Who. Surely he had the verse in mind there. Moreover, the content of the book lines up with the verse: a collection of pithy portrayals of biblical characters who bear witness to God’s grace through the tragedy and comedy of their lives.

With humor and compassion, Peculiar Treasures depicts 125 biblical characters from Aaron to Zacchaeus whose clay feet and faltering faith walk us to a window overlooking glory. A brief sample from his entry on Moses:

Way back when he was just getting started and when out of the burning bush God had collared him for the first time, he had asked God what his name was, and God had told him so that from then on he could get in touch with him any time he wanted. Nobody had ever known God’s name before Moses did, and nobody would ever have known it afterwards except for his having passed it on; and with that thought in his heart up there on Pisgah, and with that name on his lips, and with the sunset in his whiskers, he became in the end a kind of burning bush himself (pp.111-112).

Moses, by the way, is the only Old Testament character that many translations describe with the word, “meek” (Numbers 12:3).

Buechner had a special affection for Jacob precisely because he was a conniving scoundrel whom God, nevertheless, led and wrestled with and renamed, “Israel,” to fulfill the covenant promise to Jacob’s grandfather, Abraham. His novel, The Son of Laughter, centers on Jacob’s story as a particularly earthen vessel carrying divine treasure to the world. The book offers a wonderful sense of the clay feet and holiness of Abraham, Isaac, Jacob, and Joseph as well.

Clay Jars Among the Characters in Buechner’s Novels

Buechner’s novels, Godric and Brendan, offer fictional portraits of salty, seafaring medieval saints who did not fit the mold of piety. But he devoted the most attention to developing the character of Leo Bebb, protagonist in his Book of Bebb series, Lion Country, Open Heart, Love Feast, and Treasure Hunt. How is this for an earthen vessel delivering God’s life-giving treasure to others?

Leo Bebb was not an Eagle Scout. He ran a religious diploma mill and ordained people through the mail for a fee. He did five years in the pen on a charge of indecent exposure involving children. He had a child by the wife of his twin brother. But he was a risk-taker. He was as round and fat and as full of bounce as a rubber ball. He was without pretense. He was good company. Above all else, he was extraordinarily alive – so much so for me anyway that when I was writing about him I could hardly wait to get back to my study every morning. That’s when I began not only to see that he was a saint but to see also what a saint is.

A saint is a life-giver. I hadn’t known that before. A saint is a human being with the same sorts of hang-ups and abysses as the rest of us, but if a saint touches your life, you become alive in a new sort of way. Even aimless, involuted Antonio Parr came more alive through knowing Bebb though at first he was out to expose him as a charlatan (“Faith and Fiction” in The Clown In the Belfry, pp.18-19).

Clay Jars In Our Mirrors

Buechner encourages me with his constant and colorful affirmations that human foibles – mine and those of the people in my orbit – are not the downfalls we think. Rather, in faith, we can see God’s loving hand at work in and through them.

Whatever our sins and shortcomings, however tragic, God will lead us to laughter, not in self-derision, but in the joy of finding that we please God after all. That is the encouraging irony delivered through the pens of a couple of saintly clay jars, Paul and his literary disciple, Frederick Buechner, two millennia hence.

Faltering Is Not Failure In Faith: A Maundy Thursday Meditation

Frederick Buechner: Putting Color Back In the Cheeks Of Grace

Two Books On Telling For Those Who Mourn