Angels of Mercy: How the Fifth Beatitude Changed Me 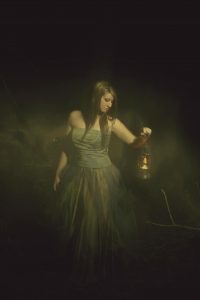 Angels of mercy usually have faces, seldom have wings, and often meet us in dark places.

I grew up in a family and church steeped in the assumption that it is more blessed to give than receive. So I could no more question the blessedness of mercy than a fish could question the wetness of water. I knew no alternative.
Not that I wore a halo. I engaged in some childhood meanness. I had a lot of growing up to do and still do, really. But increases in compassion and mercy proved sure measures of steps adultward.
As a teen, one adultward step shaped me so completely that I can scarcely imagine life without it. As much as I benefitted from worship and the love of my church family, I struggled with this restless sense that there was so much more to God and to life with God than I experienced there. I wanted to know where to really find Jesus and befriend him.
Jesus answered. Speaking of the poor, sick, shamed, and marginalized, Jesus said to those who meet them with acts of mercy, “Truly I tell you, just as you did it to one of the least of these who are members of my family, you did it to me” (Matthew 25:40). From my privileged place, that meant go to the least likely places and faces.
I heard this call: Go behind the veil of people’s shame and bear witness to their dignity. You will bear witness to much more. You will bear witness to God’s glory.
That led to ministries of listening and writing. But in later years, the second part of the Beatitude – “for they will receive mercy” – grabbed me and shaped me like the first part – “Blessed are the merciful” – did earlier.
For in the nadir of my own emotional pain, I found a nightmare playing on a large screen in the darkness. I felt all meaning and hope dissipate like gas. I came to believe that no one could see any value in me. If I fell from a lifeboat, no one would deem me worth saving. The more vulnerable and lonely I felt, the more certain that there was no mercy for me.
I did not emerge from this in the arms of an angel compensating me for merciful deeds. That, after all, would not be mercy, just a market transaction. But I did emerge in the arms of an angel. The angel came after many desperate, unanswered prayers, after I dropped my two ton pride and lifted my arms like a child, willing and eager to receive mercy.
Angels blow us away with the love and power of God without quite killing us. They often have faces and seldom have wings. Usually angels whisper something, and we search the room or our souls for clarification and interpretation. Once or twice in a lifetime, they throw subtlety aside and come in great beauty, a clear command from the blue, or a miracle we dare tell only trusted friends.
Meeting angels takes down-to-earth steps. The key is opening your heart to love, risks notwithstanding. Make connections.
So I showed up more at  Sunday School, spirituality study groups, retreats, and yoga classes. I visited my therapist and spiritual director regularly. I reached out to more people, offering not only my gifts but my vulnerability. And I prayed with a contemplative heart, demanding less and listening more even in silence.
When I think of the angels I met, I recall many faces and whispers and a miracle or two. Every day now I get to love one of those angels, my wife Wanda. (Think: miracle of great beauty). But the power of God that comes through them exceeds the sum of the faces and whispers and even the miracles.
So in the arms of an angel, I ascended. Looking down, I saw that the nightmare, however compelling, was just a movie, while angels, however inexplicable, were real. And just as Christ met me for so long in unlikely faces of suffering people to whom mercy led me, he met me later in the unlikely place of deep darkness where angels showed mercy.