Peacemaking in America: Moving from Fear to Faith 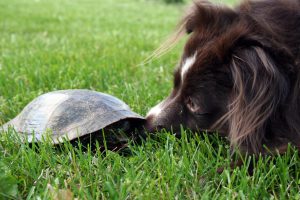 Peacemaking and fear do not play well together.

Peacemaking works toward conflict resolution. Fear wants nothing more than that.
But fear defeats the process. It prompts us to put up our shields for fear of the unknown. When combined with power, fear sends us on the offensive. With enough success, domination so intoxicates us that we forget the original desire for peace and fight all the more.
Peacemaking seeks personal wholeness, social connection, and freedom. Fear wants nothing more than that.
But fear defeats that process too. Reacting with fight or flight from real and imagined enemies, fear fragments us. It seeks the compulsory response, the only thing we must do to survive, foreclosing on freedom of choice.
Fear drives us into safe enclaves of people like ourselves. It drives some into isolation from community altogether, into a lonely calm, a false peace.
You can see all this in the news. But you don’t really know it until you see it in yourself. All of us fear, especially the macho ones who refuse to face it and busy themselves with shielding and fighting.
Jesus commanded, “Turn the other cheek….Love your enemy” (Matthew 5:38-48). Christians who fear much respond to these commands of Christ with “yes, but not….” Yes, but not in the competitive money marketplace. Yes, but not when it comes to what is best for my family. Yes, but not when I vote.

Soon fear shrinks the arena of peacemaking to a small, perfumed parlor.

I know this not only because I read it in the news, but because I see it in myself. How tempting to shelter myself, prepared to fight intruders. How tempting to play by the rules of those who fight to claim their private heaven on earth on the bet that they can have heaven both ways.
But that does not square with claiming salvation granted by a Christ who did not resist his persecutors, who submitted to crucifixion, and who lives and leads nevertheless.

“Do not be conformed to this world” (Romans 12:1), Paul wrote, and authentic peacemaking is exhibit A.

My America, so full of fear, just elected for President a man who promised to build walls and deport people who look different than the shrinking white majority. America just anointed a man who used his enormous inheritance for a life of greed, lust, and self-aggrandizement. We just elevated a man who charmed us by telling some less powerful soul weekly on national television, “You’re fired!”
White evangelicals, Catholics, and Mormons overlooked glaring discrepancies between his character and basic Christian virtues and helped him become the most powerful man in the world not because of their faith but because of their fear.
I know. I look within and see how I am like them in their fear. But I cannot stomach letting fear conform me to this world so grotesquely. Begging his help every day, I will follow Christ who scandalized the powers by befriending those whom Trump and his followers would block, mock, or deport.
Blessed are the peacemakers, for they will be called children of God. As the song goes, I want to be in that number. Not in the majority.