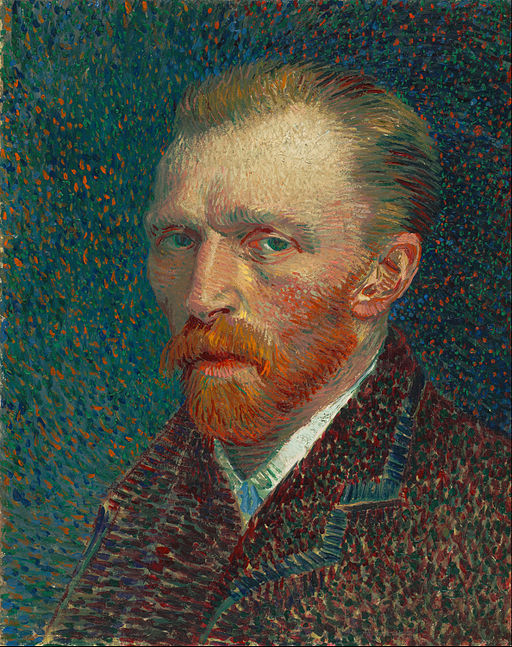 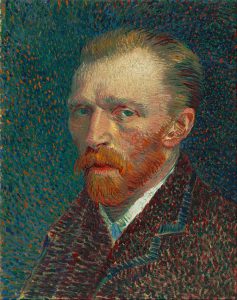 Several years ago, I visited the Art Institute of Chicago.  There I contemplated one of Vincent Van Gogh’s most famous self-portraits.

The colors and textures made me feel his pulse and deep pain even as I looked into the subtle sadness of his soft eyes.  There he was, and no photograph could convey the living man better.  Perhaps not even a face-to-face encounter with the genius could exceed it.

A couple of years ago, I took a course on Henri Nouwen from my friend, Chris Glaser, in Columbia Theological Seminary’s Spirituality Program.  Chris shared with us a story he heard from his teacher and friend about Van Gogh:

As a young man, Van Gogh wanted to follow his father’s footsteps as a Reformed Church pastor in the Netherlands.  Assigned to a small parish serving poor miners and their families, he visited them often in their homes and in the mines themselves.  True to Jesus’ teachings, he gave away much that he owned to help them.  This violated church officials’ expectation that clergy maintain the lifestyle of the professional class, so they dismissed Van Gogh from his post and his calling.

So young Vincent made a decision: If he could not preach to the unlettered poor from the pulpit, he would preach for them sermons without words through painting.  Utterly unknown in his lifetime, he eventually went mad and committed suicide.  But every painting he left blesses us.

Since Constantine we Christians live the contradiction of allegiance to the poor, crucified Christ whose following became the religion of power in the western world.  But any reader of the gospels can see that this is no rags-to-riches plot.  He has everything to do with living in solidarity and service with the poor.  Young Van Gogh got it right.  The church got it wrong.

Sadly, Van Gogh’s story does not surprise us as we see everywhere the misuse of Christian faith to keep the poor and marginalized in their places and the rich and powerful in their privileges.  There are Van Goghs in your midst – perhaps including you — yearning to share their gift to God’s glory, but the church too often does not listen as Christ would because of other agendas.

Keep alert for the Van Goghs and receive their gifts gratefully.  Attend to the Van Gogh within for whispers of your own beautiful and silent gift, and claim the freedom to give it.

When Christians Persecute
Constantine, the Kingdom, and You
Henri Nouwen: Witness to Heaven on Earth
Heeding My Call….For Today, At Least