An Apology for Caspar Milquetoast 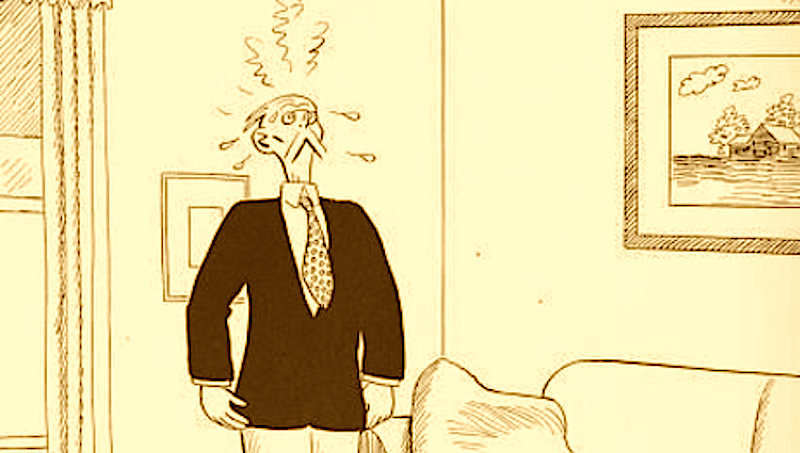 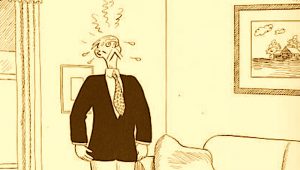 In the 1920s, H. T. Webster produced a comic strip series called, “The Timid Soul,” featuring Caspar Milquetoast. Webster described Milquetoast as “the man who speaks softly and gets hit with a big stick.”  The deferent, hesitant, homely old gentleman faced one humiliation after another as America laughed.  His name became a common noun, “milquetoast.” Wikipedia defines the term as “someone of an unusually meek, bland, soft or submissive nature, who is easily overlooked, written off, and who may also appear overly sensitive, timid, indecisive or cowardly.”

We continue to laugh at the misfortunes of milquetoasts and deem their timidity a vice, not a virtue.  Meanwhile, Wikipedia’s use of the term, “meek,” in the definition illustrates how commonly we misunderstand the third Beatitude.

Let me defend Caspar Milquetoast.  Then I will explain why the Beatitude, “Blessed are the meek,” is not about him.

Noting that death, loneliness, and shame threaten everyone, Freud and his psychodynamic descendants asserted that we assume defensive postures to avoid getting overwhelmed.  That posture can take on various personae.  America likes a youthful sense of invincibility and bravado in the face of bogeymen.  Milquetoasts take the opposite tack, displaying yielding, inoffensive manners in hopes that nobody with half a conscience would hurt them.  But in either case, bullies run scared no less than milquetoasts.

If my personality consists of a committee of caricatures in conversation, Caspar Milquetoast sits at my round table along with Rambo, St. Francis, Steve Martin, and many more.  Amid high stress, one character usually takes the lead. When Milquetoast does, sure enough, people seem to get a kick out of kicking me.  Perhaps they feel threatened because I remind them of their inner Caspar.

Let’s admit that whether we resemble Milquetoast, we have our own dysfunctional ways of side-stepping threats.  Let’s acknowledge that like the rest, he’s got it a little right and a little wrong. So let’s give old Caspar some respect and listen to what he has to say at the next committee meeting.

But we should not appoint him chairman.  We should elect the truly meek member.  Like Caspar, the meek would not hurt a fly.  Yet, their gentleness derives not from fear but from love.  Moreover, they turn the other cheek not from weakness but from strength.  They overcome wickedness by refusing to contribute to the spiral of violence and exploitation and standing firm with kindness.

Isaiah’s Servant Songs depict the meek, as in these verses: “He will not cry or lift up his voice, or make it heard in the street; a bruised reed he will not break, and a dimly burning wick he will not quench; he will faithfully bring forth justice” (42:2-3). In other words, the meek will prevail through gentle, nonviolent love that the world misunderstands as weakness. When the meek finally inherit the earth, neither Caspar Milquetoast nor Attila the Hun will need fear any more.