Mercy on the Bloody Pass 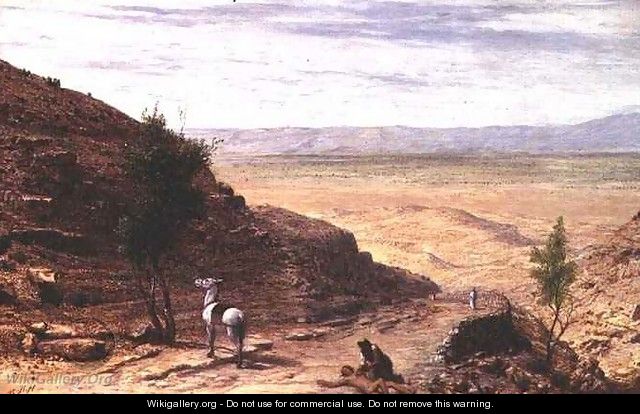 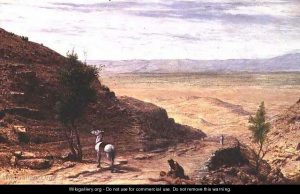 The Bloody Pass runs between Jerusalem and Jericho.

They call me good.  I say, not so fast.  Like anyone, I’ve done damage.  Unless a man never emerges from the shadows, someone sees his face and hates him for something.  Who am I to say they have no reason?

So don’t call me good, but not a coward either.   I don’t hide in brush or behind rocks on the Bloody Pass between Jericho and Jerusalem, waiting to rob and molest travelers carrying gifts to family or money to pay debts, especially people exhausted by the steep, winding climb to Jerusalem.  Beasts prey on the weak.  I am no beast.

The bandits get one thing right: Name, breed, and creed don’t matter on the Bloody Pass.  Only what you carry in your purse matters to cowards.  All that matters to me is that we each travel the Bloody Pass praying for mercy.

It’s a merciless road littered with merciless cowards.  My mule and I travel it often for this reason or that, but I suspect the deepest reason comes down to restless yearning to journey until the merciless road yields kindness.  Who knows why men wander as we do through desert wastes and up brutal mountains?

They call me good because when I saw a man naked and beaten in a ditch by the Bloody Pass, I stopped and did what I could.  Some call me crazy.  He was likely a Jew, but just because Jerusalem big mouths in fine clerical robes call Samaritans like me subhuman half-breeds doesn’t mean he thought so.  So what if he did?

It’s not like we have no big mouths in Samaria.  Some say that the man’s blood brings a curse, others that his nakedness brings shame.  Curses and shame be damned.  Does this road lack mercy because someone got blood on their hands helping a beaten man?  Because someone took shame by a man exposed?  Let the cowards worship petty, cursing gods.

I wrapped the stranger in my blanket, draped him on my mule, took him still unconscious to a kindly but addled innkeeper and gave him enough money to see to the nameless man’s care while I journeyed to my business.  There.  That’s how I worship the only God I care to worship, the one who wants mercy on the Bloody Pass.  Whether that’s the God of the Samaritans or the Jews, I don’t give a rip.

Weeks later on the journey home, exhausted and hungry, my mule and I started back down the Bloody Pass and stopped by the inn.  The innkeeper said that a few days before, the man’s family found him there — God knows how — and he limped away, his armed draped around a tall man’s shoulders, a woman softly weeping by his other side, a few other men, women, and children walking mute alongside.  The innkeeper never got the man’s name.  He only knew they came from Nazareth (Luke 10:25-37).

Blind Bartimaeus Sees the Light
Drop the Objectification Lie
Aliens in the Bible, Immigrants on the Border