Reason Needs Faith More Than Ever 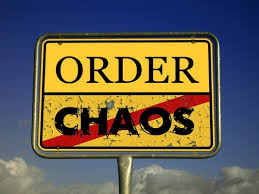 Reason cannot restore order by itself.

Let us pause to remember Reason that once led us from fields of blood to a safer, saner land.
Yes, when the monolith of Faith cracked and crumbled in the Protestant Reformation half a millennium ago, followers of the Prince of Peace could keep no peace. For the one way to heaven broke into a number of warring ways. And this did mean war because they believed that if others taught a way to heaven that differs from the way they believed true, they must eliminate the scoundrels before those false prophets lead many innocents to hell.
Everybody – Catholic, Lutheran, Reformed, and Anabaptist – believed there must be one true church. Luther, Calvin, and Counter-Reformation Catholics wrote their tomes in the theologically fertile ground of crisis, but that marked no common ground. Fear prevailed. They could not settle it. They dared not turn the other cheek despite their Savior’s pleas.
So the intelligentsia offered a sober solution: Cool your religious ardor and let Reason guide you. You will find that Reason preserves universal truths that serve adequately for moral guidance and civilized living. Just think. Train your intellect in the academy to become a prudent steward of social order if not a philosopher-king.
By the 19th century, Reason prevailed and progress marched forward. Then came the 20th  Century with its world wars, holocausts, and nuclear bombs, all presided over by seemingly reasonable men, and Reason grew suspect.
Then on November 8, 2016, history’s greatest democracy elected as its leader a man who openly and often fabricated claims without checking the facts, who openly trafficked in racial and gender stereotypes and conspiracy theories, and who responded to those who disagreed with him with threats and name-calling tweets. Bloodied Reason fell down for the count.
Of course, scholars for years already christened the age, “post-modern,” an age of doubt about Reason’s powers and about truth itself. Philosophers agree on little, but by the end of the 20th Century, most agreed with Richard Rorty that philosophy’s centuries-old project of establishing criteria for universal, necessary, and certain truth failed because we cannot escape building our theories on unproven assumptions, inevitably arguing in circles.
So shall we return to Faith as the final arbiter of truth? Not if Faith amounts to little more than belief without proof, as Luther implied. That would just get us back to religious wars. Correcting this later, his spiritual descendent, Dietrich Bonhoeffer, warned against believing in “the God of the gaps,” God as the repository for beliefs science has not established – yet.
Faith is much more than that. Faith mines truth not merely from a poll, text, or test tube, but from a life lived. Reason may coax us to commitment, but commitment drives us to truth. The truths that matter most come neither from detached reflection and analysis nor from uncritical creedal assent, but from engagement in a life of love.
Gandhi, King, and millions of oppressed people put themselves on the line powered by belief in the truth of nonviolent love. When Jesus blessed those persecuted for righteousness’ sake, he held up those who believe so much in the truth of God’s promises they are willing to risk death to live by them. The truth sets them free even as they carry their crosses.
Faith thus conceived and lived is an answer to Reason’s problems, not a problem for Reason to solve. If Faith needed Reason’s help in the 16th century to clean up its mess, Reason needs Faith’s help to clean up its mess in the 21st century.

Live Your Truth
Costly Grace for the Rest of Us
Dr. King on Overcoming Fear with Love
Dr. King’s Antidotes to Fear: Faith
Discernment: The Art of Really Living Your Faith
Also, Richard Rorty, cited above, proved a chillingly accurate predictor of our current predicament. Click here for more.